Selective Laser Trabeculoplasty, or SLT, is a form of laser surgery that is used to lower intraocular pressure in glaucoma. 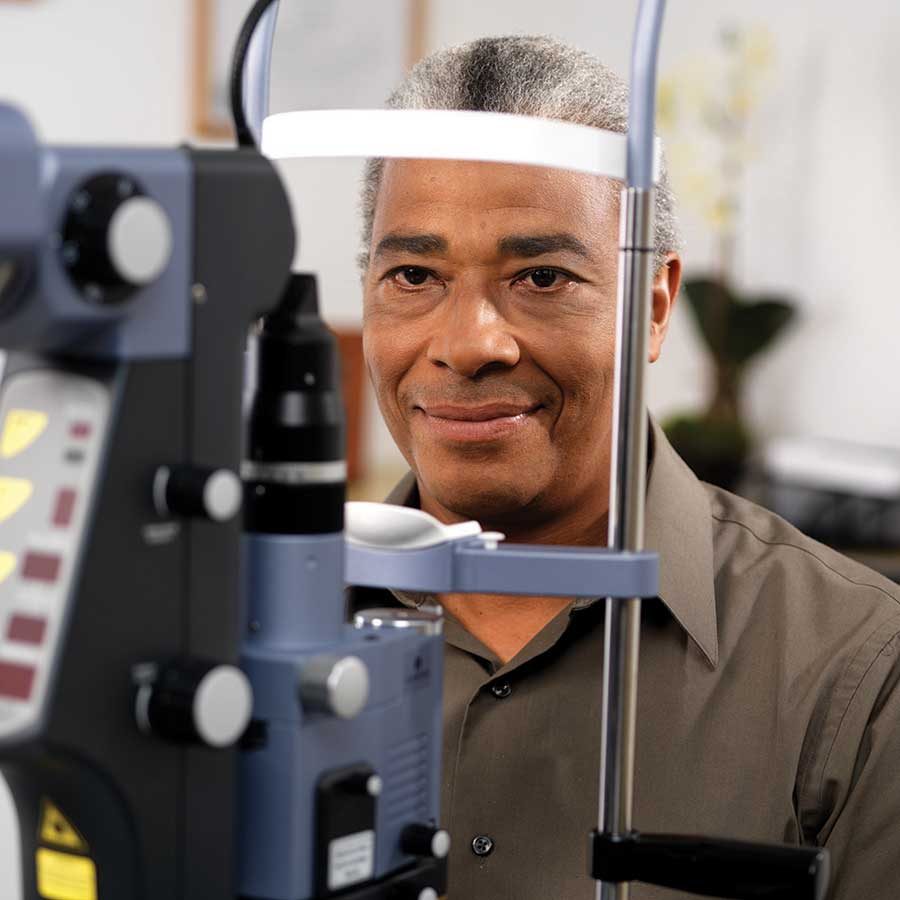 Selective Laser Trabeculoplasty, or SLT, is a form of laser surgery that is used to lower intraocular pressure in glaucoma.

Selective Laser Trabeculoplasty, or SLT, is used when eye drop medications are not lowering the eye pressure enough or are causing significant side effects. It can also be used as initial treatment in glaucoma. SLT has been in use for more than 25 years in the United States and around the world.

1. Who is a candidate for SLT?
Patients who have primary or secondary open-angle glaucoma (the drainage system in the front part of the eye is open) and are in need of lowering of their intraocular pressure (IOP) are eligible for the procedure. Your eye doctor will make the final determination if you are a candidate.

2. How does it work?
Laser energy is applied to the drainage tissue in the eye. This starts a chemical and biological change in the tissue that results in better drainage of fluid through the drain and out of the eye. This eventually results in lowering of IOP. It may take 1-3 months for the results to appear.

3. Why is it called Selective?
The type of laser used has minimal heat energy absorption because it is only taken up by selected pigmented tissue in the eye. Sometimes it is referred to as a “cold laser.” Because of this, the procedure produces less scar tissue and has minimal pain.

4. What are the risks?
One key aspect of SLT is a favorable side effect profile, even when compared with glaucoma medications. Post-operative inflammation is common but generally mild, and treated with observation or eye drops or an oral non-steroidal anti-inflammatory drug. There is an approximately 5% incidence of IOP elevation after laser, which can be managed by glaucoma medications and usually goes away after 24 hours.

5. How effective is it and how long does it last?
SLT lowers the IOP by about 30% when used as initial therapy. This is comparable to the IOP lowering of the most powerful and commonly used class of glaucoma medication (prostaglandin analogs). This effect may be reduced if the patient is already on glaucoma medications. The effect will generally last between 1-5 years, and in some cases, longer than that. If it does not last at least 6-12 months, it is usually not considered successful.

6. What happens if it wears off?
If SLT is effective at lowering IOP but this wears off over several years, the procedure can be repeated. Repeat treatments may or may not lower IOP as much as the first, and continued repeat laser will eventually not be effective. Some doctors may elect to treat half of the tissue on the first treatment, then treat the second half at a later date (this is not considered repeat treatment, and is completion of treatment). If SLT is not initially successful, repeat treatment is not likely to be effective. Alternatively, glaucoma medication can be used if the effect wears off over time.

7. What happens if it doesn’t work?
If SLT fails to lower the IOP, then the glaucoma is treated by other means such as medications or surgery. The laser does not affect the success of these other types of treatment.

8. What is the cost?
Since the procedure is an accepted glaucoma treatment, and is FDA approved, it is covered by Medicare and medical insurance. The cost for an uninsured individual or with an insurance co-pay will vary.

10. What are the alternative laser treatments?
Other similar procedures are argon laser trabeculoplasty (ALT) and micropulse laser trabeculoplasty (MLT). ALT was the first laser trabeculoplasty procedure. It uses a thermal (heat) laser and may cause more scarring in the drainage angle than SLT, which may also limit its ability to be repeated. MLT was designed to reduce the amount of energy delivered to ocular tissues by pulsing the energy in small increments. It therefore has similar potential benefits as SLT in terms of lower inflammation, tissue scarring and ability to repeat. The IOP lowering results of SLT, ALT and MLT are comparable.

In summary, SLT is a laser treatment for open-angle glaucoma that lowers eye pressure. It can be used as initial treatment, instead of eye drop medications, or as additional treatment when medications do not adequately reduce the eye pressure. It is often effective but that effectiveness may wear off after some period of time. It can be repeated but the effect may be reduced with repeat treatment. SLT is not a cure for glaucoma but one of many tools to keep it under control.

Brian A. Francis, MD, MS is the Steiger Endowed Professor of Ophthalmology at the Doheny and Stein Eye Institutes, David Geffen School of Medicine, University of California, Los Angeles.

Glaucoma Medications and their Side Effects

Will I Go Blind?