A glaucoma patient shares his experience with having selective laser trabeculoplasty (SLT) — a laser treatment for open-angle glaucoma that lowers eye pressure. 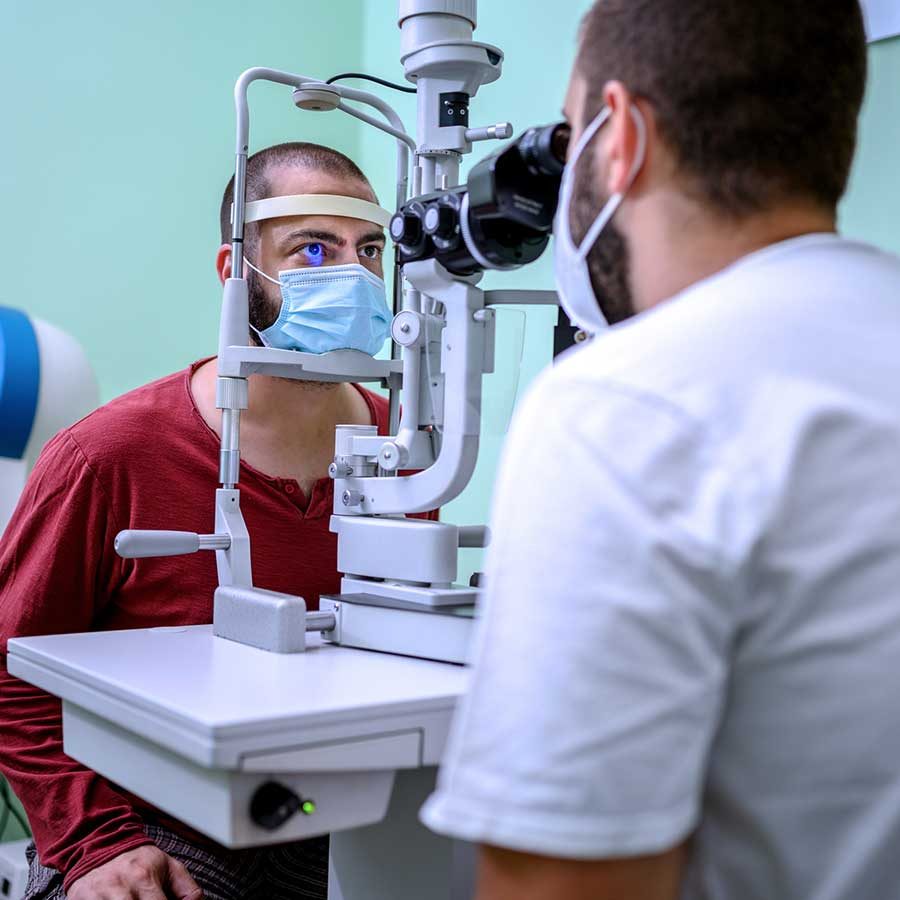 A glaucoma patient shares his experience with having selective laser trabeculoplasty (SLT) — a laser treatment for open-angle glaucoma that lowers eye pressure.

Glaucoma is a condition characterized by damage to the optic nerve, often caused by increased pressure in the eye. Left untreated, glaucoma can lead to vision loss or blindness.

Like many newly-diagnosed glaucoma patients, one of the first things I did was dive into treatment options. All forms of treatment are geared towards preserving healthy intraocular pressure (the fluid pressure inside the eye; also known as IOP) and preventing vision loss.

Broadly speaking, treatments fall into two buckets: medication and surgery. Many patients start with eye drops though some choose Selective Laser Trabeculoplasty or SLT, an FDA-approved, first-line surgical treatment covered by most insurance companies as well as Medicare.

Recognizing that I’m not a doctor, one of the things I found appealing about SLT is that, when compared to drops, the procedure is associated with lower costs and fewer symptoms. There’s also the potential to go drop-free after several months. So, let’s talk about what SLT is actually like while the procedure is still fresh in my mind. How fresh, you ask? I had my right eye treated in early May 2019 and my left eye treated about two weeks later.

Here’s a quick summary of what happens:

The whole procedure only takes a couple of minutes. In my case, while I could feel the laser, it was a mild annoyance and certainly nothing that will stop me from having the procedure again. Post-surgical pain and swelling is treated with eye drops. While it’s important to take these drops as prescribed, I haven’t experienced any post-surgical pain or swelling.

Benefits and Side Effects

When used as initial therapy, SLT can lower your IOP by 30%, which is as good as most gold-standard eye drops. It’s important to note that the procedure isn’t usually as effective if you’re already on or have failed previous glaucoma meds so you’ll want to discuss your particular situation and likelihood of success with your doctor.

Before having the procedure, it’s also useful to understand that the benefits typically last 3-5 years and often wear off over time. Many patients opt to have the procedure repeated after several years though it may not prove to be as effective as it was initially.

Side effects and risks are minimal. There’s the possibility of pain or swelling after surgery which is generally mild and easily treated. There’s also a 5% chance of temporary elevation of eye pressure which is short-lasting and can be managed using standard glaucoma meds.

Last but not least, what’s the cost? Again, the procedure is FDA-approved and covered by both Medicare and most insurance plans. Your out-of-pocket cost will be determined based on your insurance deductible (the amount you need to pay before coverage kicks in) and co-pay (what you pay out-of-pocket). If you’re uninsured, costs will vary but your doctor’s office should be able to provide this information relatively easily.

Nearly two months after SLT (Selective Laser Trabeculoplasty) in my left eye and six weeks after SLT in my right eye, I went back to my ophthalmologist’s office for my first pressure check. Post-procedure, I continued using my drops per my doc’s directions. While I was curious to see what the impact of SLT was on my intraocular pressure (IOP), I was also hopeful that I might be able to forego drops altogether. So hopeful, in fact, that I put off a medication refill (don’t worry, I still had drops on hand) until after my appointment.

Before I get into the results, let’s talk about what happened between my last round of SLT and my pressure check. For starters, I had another proactive heart to heart with my neurologist and explained that we needed to find an alternative to the beta blocker I was using to control my migraines.

So, with the potential for optic nerve damage in mind, we came up with a plan and, a week later, I was off beta blockers for the first time in years. In the month I’ve been off beta blockers, I’ve had a few headaches and one or two migraines. All have been responsive to my rescue medications. On beta blockers, I often went 4-6 weeks without any type of headache. We’ll see how things progress in the future.

Back to my pressure check. My IOP dropped from 13/14 (normal eye pressure) down to 9. We discussed potentially discontinuing my drops, but my doc’s general feeling was, “Don’t mess with success.” Can’t say I disagreed with her.

I’ll be back for another pressure check soon. If my pressures remain stable, and if my eye doctor supports the idea, I’ll reconsider stopping my drops.

Richie Kahn is a glaucoma patient. He volunteers for Glaucoma Research Foundation on the Patient Summit Steering Committee.