What is Secondary Glaucoma? 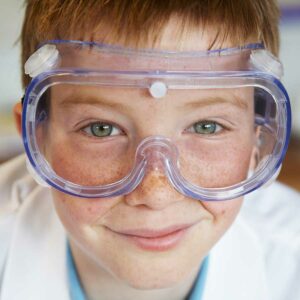 As with primary glaucoma, secondary glaucoma can be of the open-angle or angle-closure type and it can occur in one or both eyes.

Secondary glaucoma may be caused by an eye injury, inflammation, certain drugs such as steroids and advanced cases of cataract or diabetes. The type of treatment will depend on the underlying cause, but usually includes medications, laser surgery, or conventional surgery.

Exfoliative Glaucoma occurs when a flaky, dandruff-like material peels off the outer layer of the lens within the eye. The material collects in the angle between the cornea and iris and can clog the drainage system of the eye, causing eye pressure to rise. It is also called pseudoexfoliative glaucoma.

Neovascular Glaucoma is caused by the abnormal formation of new blood vessels on the iris and over the eye’s drainage channels. Neovascular glaucoma is always associated with other abnormalities, most often diabetes. It never occurs on its own. The new blood vessels block the eye’s fluid from exiting through the trabecular meshwork (the eye’s drainage canals), causing an increase in eye pressure.

Pigmentary Glaucoma occurs when the pigment granules that are in the back of the iris (the colored part of the eye) break into the clear fluid produced inside the eye. These tiny pigment granules flow toward the drainage canals in the eye and slowly clog them, causing eye pressure to rise.

Traumatic Glaucoma — Injury to the eye may cause traumatic glaucoma. This form of open-angle glaucoma can occur immediately after the injury or develop years later. It can be caused by blunt injuries that bruise the eye (called blunt trauma) or by injuries that penetrate the eye.

Uveitic Glaucoma — Uveitis is swelling and inflammation of the uvea, the middle layer of the eye. The uvea provides most of the blood supply to the retina. Increased eye pressure in uveitis can result from the inflammatory process itself or the medication (steroids) used to treat it.

Congenital Glaucoma occurs in babies when there’s incorrect or incomplete development of the eye’s drainage canals during the prenatal period. This is a rare condition that may be inherited. When uncomplicated, microsurgery can often correct the structural defects. Other cases are treated with medication and surgery.