Should You Be Smoking Marijuana To Treat Your Glaucoma? 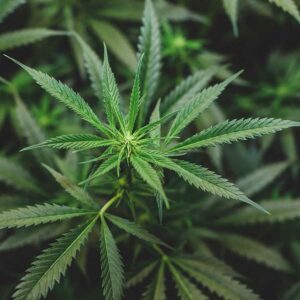 Glaucoma is a disease of the optic nerve, the cable that carries visual information from the eye to the brain. Damage to the optic nerve from glaucoma can result in vision loss and blindness.

Treatments that lower the pressure in the eye both lower the risk of developing the optic nerve damage that defines glaucoma, and the risk of pre-existing damage getting worse.

Despite the treatments available for lowering eye pressure, such as eye drop medication, laser treatment, and operating room surgery, there are some individuals for whom these treatments either do not sufficiently lower the eye pressure, or cause unacceptable side effects. In these situations, both glaucoma patient and physician look for alternative therapies.

Marijuana as a Treatment Alternative

Furthermore, marijuana’s mood altering effects prevent the patient who is using it from driving, operating heavy machinery, and functioning at maximum mental capacity. Marijuana cigarettes also contain hundreds of compounds that damage the lungs, and the chronic, frequent use of marijuana can damage the brain.

Other means of administering the active ingredient of marijuana, tetrahydrocannabinol (THC), include by mouth and under the tongue. These methods avoid the harmful effect of marijuana smoke on the lungs, but are limited by the other systemic side effects, such as drowsiness and loss of judgment. In one study in which doctors offered some of their patients with worsening glaucoma the option of pills containing tetrahydrocannabinol and/or smoking marijuana, 9 of 9 patients discontinued use by either or both methods within 9 months due to side effects.

The use of eye drops containing THC or related compounds has been investigated, but it has not yet been possible to formulate an eye drop that is able to introduce the drug into the eye in sufficient concentration to be effective.

The take-home message is that although marijuana can lower the eye pressure, recommending this drug in any form for the treatment of glaucoma at the present time does not make sense given its side effects and short duration of action, coupled with a lack of evidence that its use alters the course of glaucoma.