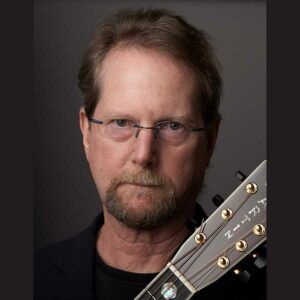 Co-founder of the famed 1960’s folk-rock group The Byrds, known for the hit songs “Turn, Turn, Turn” and “Mr. Tambourine Man,” Roger McGuinn learned of his increased intraocular pressure at his eye checkup more than twenty years ago.

“When I was first diagnosed with glaucoma, I was depressed,” he said. “I didn’t know much about glaucoma, or whether the pressure could be controlled. I had trouble even accepting that something this serious could happen to my eyes.”

Daily medication has kept his intraocular pressure down, and Roger appreciates how fortunate he has been that his vision remains unaffected.

“People have to realize that they really need to be tested for glaucoma. Waiting may result in vision loss and then it’s too late,” Roger said. “My motivation is getting people to realize they should be tested while we hope for a cure in the near future.”

My personal motivation for wanting to raise awareness about glaucoma is because I found out I had glaucoma ten years ago, and it’s a preventable blindness and if I hadn’t found out, I wouldn’t know and I would have gone blind. I want people to get their eyes checked so they can prevent it as well.

One of the reasons I support the Glaucoma Research Foundation is because they collaborate with doctors and doctors collaborate with each other, as opposed to competing and undermining each other’s work, and the team effort is better than any singular effort.