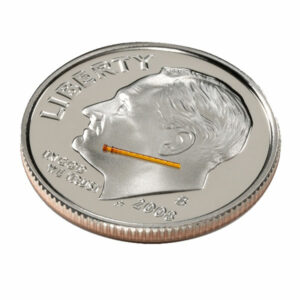 These findings were not evident 2 years after surgery, when the COMPASS safety study found similar ECL in the CyPass and cataract surgery-only groups. Based on those early results, the FDA approved the device for long-term IOP control in patients with mild-to-moderate primary open-angle glaucoma.

But the recently completed COMPASS-XT study, which followed the patients for an additional 3 years, detected a concerning rise in ECL in the CyPass group. In a letter to physicians dated August 29, the company’s chief medical officer, Stephen Lane, MD, said that the damage likely stems from the device’s position within the angle. He noted that the ECL correlated with the number of retention rings noted on clinical examination with gonioscopy, particularly when 2 or more retention rings were visible.

“Based on this new information, we are advising surgeons to immediately cease further implants with the CyPass microstent and to return any unused devices to Alcon,” Lane wrote.

Alcon’s Quality team will issue recommendations for evaluating and managing patients who already have the device in place.

“We believe that withdrawing the CyPass microstent from the market is in patients’ best interest and is the right thing to do,” Lane says. “Although we are removing the product from the market now out of an abundance of caution, we intend to partner with the FDA and other regulators to explore labeling changes that would support the reintroduction of the CyPass microstent in the future.”