Christopher has been living with glaucoma for 10 years. And he's only 11. 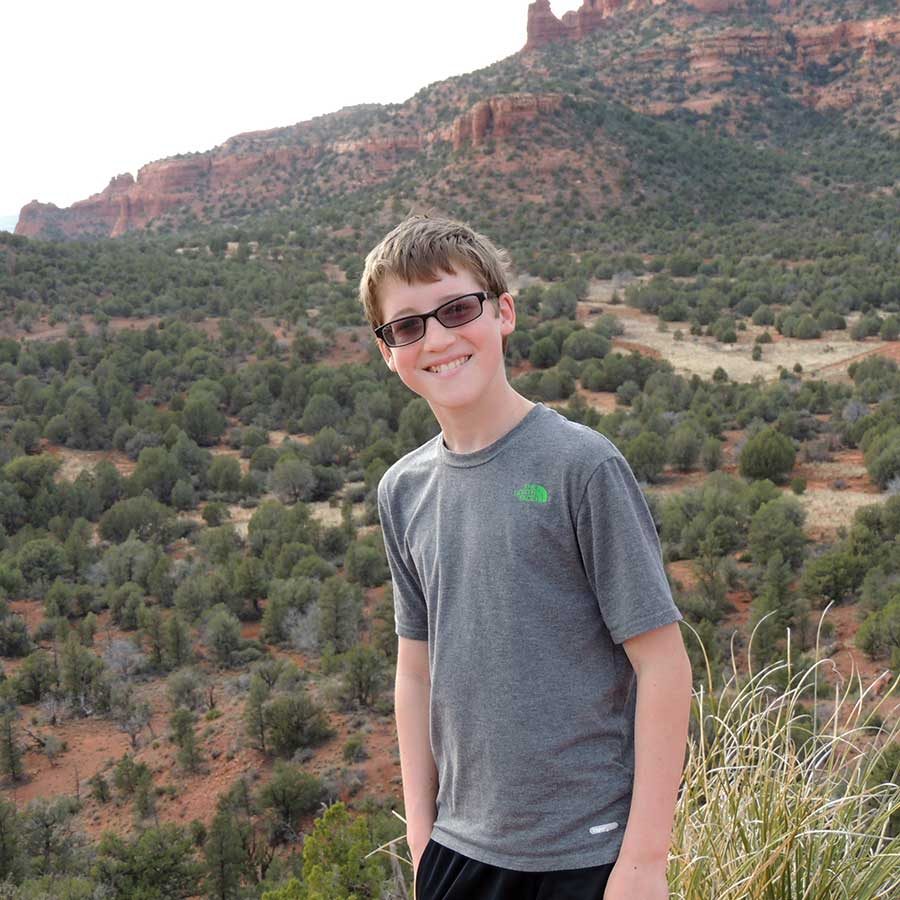 Christopher has been living with glaucoma for 10 years. And he's only 11.

Imagine looking into your 7-month-old baby’s eyes as a doctor says: It’s glaucoma. This is what happened to Charlie and Cathy Wilmoth.

Christopher used to pull his blankets over his face. His eyes seemed a bit large; they teared a lot and seemed to be sensitive to light. None of these things alarmed the Wilmoths at first. Their regular doctor thought it might be a blocked tear duct.

But as the symptoms continued, he recommended they take Christopher to a pediatric ophthalmologist. The Wilmoth’s appointment was at four o’clock in the afternoon. When the specialist scheduled surgery on both of Christopher’s eyes for first thing the next morning, they knew it was serious.

“We didn’t even have time for it to sink in,” recalls Charlie, who soon learned that the pressure in Christopher’s eyes was quite elevated. Fortunately, the Wilmoths also learned that young eyeballs are malleable. After two microsurgeries, the pressure finally came down.

But managing Christopher’s disease was not always easy. He had to have drops in one of his eyes two times a day. At 10 months old, he had to be fitted for glasses. Before he was three years old, he was examined every two months and went under anesthesia a dozen times. “Only once did he pull off his glasses,” recalls Charlie. “He was an incredibly good patient.”

Glaucoma in children is rare—it occurs in one out of every 10,000 births in the United States. However, many children never get diagnosed. Finding out early was critical for the Wilmoths. “As it turns out, we were lucky to live in the epicenter of practice and research on glaucoma,” says Charlie.

The Wilmoths, who live in northern California, became involved in the Glaucoma Research Foundation when Christopher was little. Charlie is a financial advisor with Morgan Stanley. He knows a good investment when he sees one. He and Cathy are confident in their support of GRF. Over the years, they have happily hosted educational sessions on glaucoma research and prevention. “There’s nothing discovered yet where you can snap your fingers and say you’re cured,” Charlie says, but GRF is working on it.

Hope for the Future

Christopher is 11 now, and with regular treatment, his condition remains stable. His vision is normal in one eye; he’s legally blind in the other. This year, he’s getting rid of his glasses and learning to wear contacts. Although his lost sight cannot be restored, Christopher has not let the disease slow him down. He’s energetic, funny, and likes to read zombie comic books. Lacrosse is his favorite sport, but he also plays baseball and basketball.

And he’s grateful for Glaucoma Research Foundation. On every birthday, Christopher and his two sisters, Tess (13) and Cate (17), don’t ask for gifts. Instead they ask friends and family to give to Glaucoma Research Foundation. Charlie and Cathy match the amount of the donations the kids receive. “Chris is stable, but you can never assume that he’s going to stay that way,” says Charlie. “As he grows and changes, thing could alter.”

At the end of the day, the Wilmoths have hope for Christopher’s future. “During his lifetime, perhaps before he’s an adult, there will be an intervention that will keep his disease from getting worse,” says Charlie. “So he can see his kids play basketball and lacrosse and experience all the joys that we’ve had as his parents.”

Niki’s Story: Putting a Positive Spin on her Glaucoma