“There is no question: We are moving closer to the goal line — a cure for glaucoma.” - Bob Stamper, MD 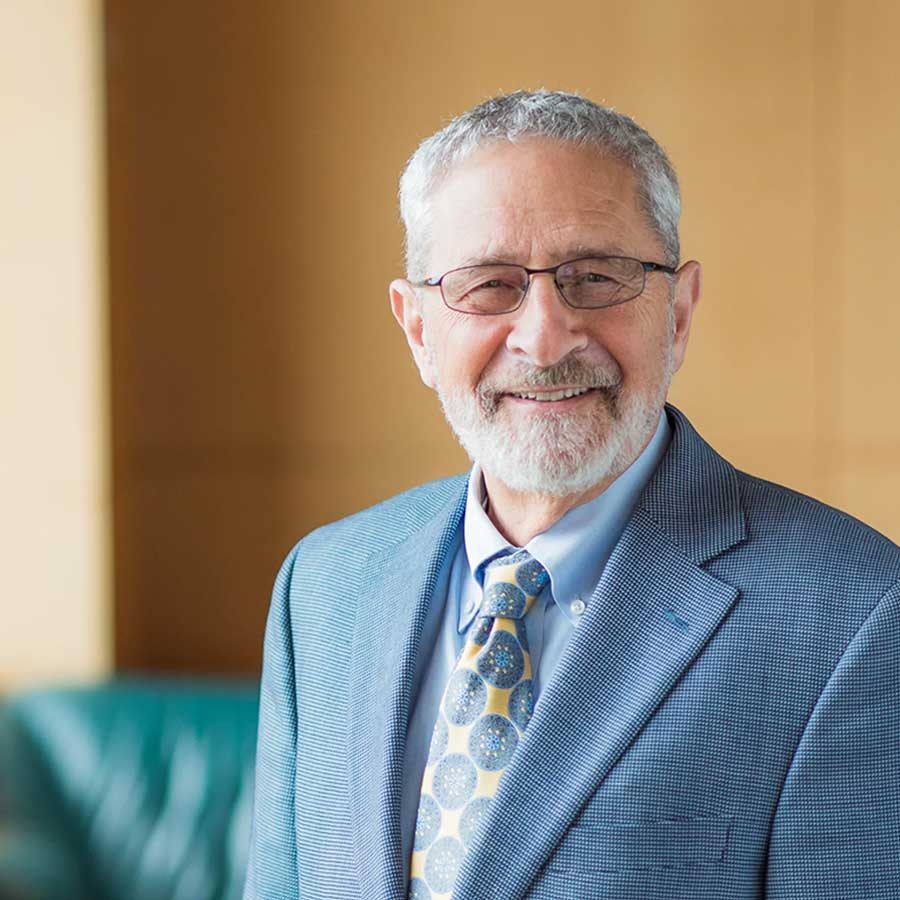 “There is no question: We are moving closer to the goal line — a cure for glaucoma.” - Bob Stamper, MD

Robert L. Stamper, MD, is Distinguished Professor of Clinical Ophthalmology and Director Emeritus of the Glaucoma Service at University of California, San Francisco. He has served on the Glaucoma Research Foundation Board since 1987, and is a member of GRF’s Gleams Editorial Board, Executive Committee, and Research Committee.

The year was 1961. Bob Stamper, future glaucoma science pioneer, was celebrating his admission to medical school in the family backyard when his neighbor, a young hot-shot ophthalmologist, invited Bob to do summer research in his lab at Cornell. “How do eyeballs work?” Bob asked his neighbor.

Little did Bob know, over hot dogs and beer that day, that his career in medicine would be shaped by his neighbor’s answer. “Packed into the tiny little space of the eye is a very complicated organ containing aspects of the physiology of the brain, the kidney, the heart — all in microcosm,” Bob says.

Despite his early passion for vision science, Bob’s path to becoming a leading eye clinician, glaucoma scientist, educator, and Glaucoma Research Foundation advocate would not be a straight line. After research stints at UCLA, with his neighbor at Cornell, and then with a famous London physiologist who specialized in the eye, Bob graduated from medical school and was ready to enter an ophthalmology program. Instead, he joined the fledgling Peace Corps. Stationed in the West Indies for two years, Bob cycled through internal medicine, psychiatry, general surgery, and public health, caring for a community of 500 Peace Corps volunteers, many living in the same poverty as their neighbors. By the time Bob returned to his first love, ophthalmology, his perspective on medicine had been forever altered, incorporating a deep understanding of social and public health issues often glossed over in medical school, he says.

Eventually, an ophthalmology training program brought Bob to California Pacific Medical Center in San Francisco. “Bob Shaffer, who co-founded GRF and wrote the textbook on glaucoma, welcomed me to the community,” he recalls. (One day, Bob himself would author a new edition of the same textbook.) That introduction positioned Bob to help GRF contribute to future breakthroughs in glaucoma science and care. “I hung around long enough and eventually was appointed to the board,” Bob humbly says. In 2019, he was honored with GRF’s 2019 Visionary Award for his longtime service and many contributions in the glaucoma field.

After 35 years with GRF, what is Bob most proud of? “The basic idea behind GRF — that research can be a collaborative endeavor — has changed the paradigm for clinical research around the globe,” he says. “When I started out, there were just 63 people in the United States doing full-time eye research. And they all worked in silos, afraid to let out too much in case someone stole their ideas,” Bob recalls. “GRF changed that thinking by putting the concept of collaborative research into action.” Today, Bob says, thousands of researchers are working in eye science, sharing ideas and building on each other’s discoveries. “And the first study produced by GRF, 35 years ago, is still relevant and quoted,” he says. And each subsequent research effort — whether a Catalyst for a Cure initiative or the work of a Shaffer Grant recipient — continues to puncture walls once thought impenetrable.

Bob currently helps set the focus of GRF through his role on the Research Committee, which identifies areas of research and selects scientists for GRF support. GRF’s decisions have a profound ripple effect, Bob says, inspiring others to direct their studies and funding to high-potential areas. One example is vision restoration, the focus of the current Catalyst for a Cure. The inspiration for this consortium grew, in part, from Bob’s work with glaucoma patients. “When you’re in practice long enough, you realize that some 8% of your patients, after 20 years, are losing vision,” Bob says. “We don’t want those patients to slip through the cracks. Vision restoration will be critical to our ability to manage glaucoma for everyone.”

Discoveries advanced by GRF have only served to make ophthalmology a more fascinating field in the 21st century, Bob believes. Today, the eye is recognized as a portal to the health of the body. And glaucoma is defined as more than a disease of the eye, with neurological factors that put it in the same family as Parkinson’s and Alzheimer’s.

What does the future look like? “We have now discovered three risk-factor genes for glaucoma, opening the door to individualized care,” Bob says. From here, he can see a future in which treatment will be based on each patient’s genetic response to glaucoma care options. People with a family history of glaucoma will be tested to assess their individual risk, with customized interventions provided when needed. Such advances will eventually make today’s most innovative care options seem old-fashioned, Bob says. “There is no question: We are moving closer to the goal line — a cure for glaucoma.”

Niki’s Story: Putting a Positive Spin on her Glaucoma