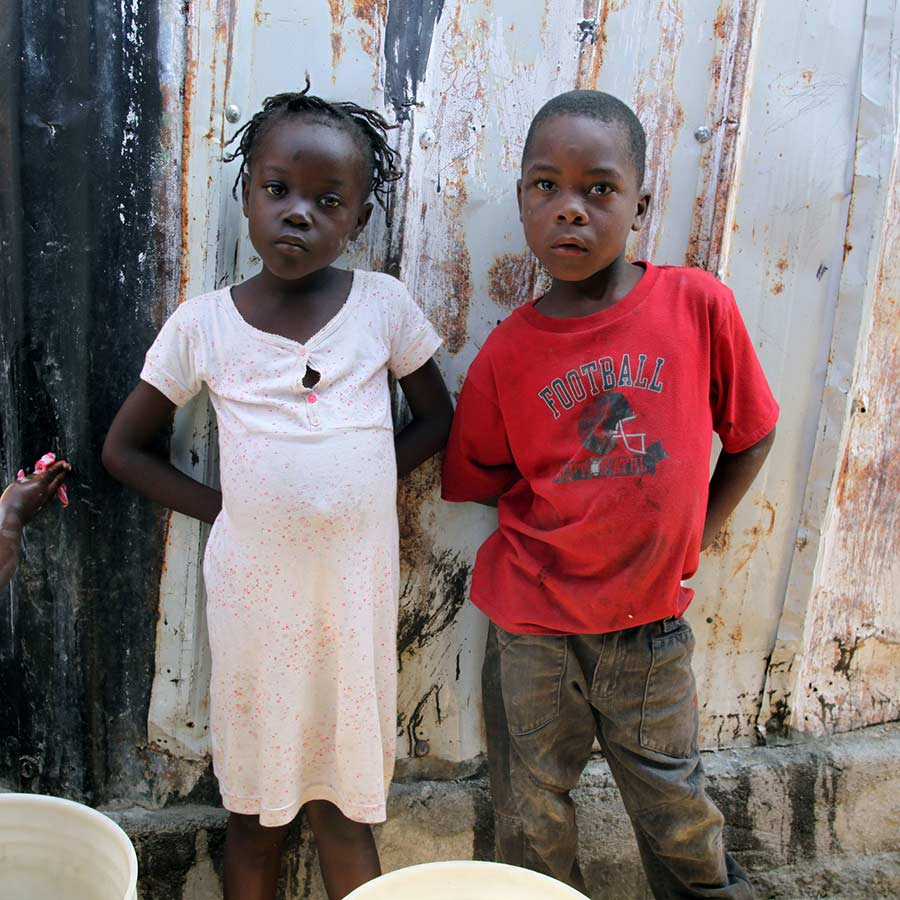 The great majority of people in developing countries aren’t ever tested for glaucoma, so diagnosis and treatment are rare. And if they are diagnosed, they often can’t pay for medication, assuming medications are available.

The Reality of Glaucoma in Developing Countries

In 2010, an estimated 60.5 million people worldwide had glaucoma, a number that’s projected to reach 80 million by the year 2020. About 85% of people with glaucoma live in developing countries and most of these people remain undiagnosed. The challenges faced by the more than 100 countries in the developing world can be illustrated by looking at information from India, Africa and Haiti.

Let’s start with one of the key roadblocks—the sharp contrast between urban and rural regions. Simply put, jobs and medical facilities are primarily located in urban centers. People living in rural areas have little to no access to health care. They may depend on medical missionaries or live near one of the rare rural health centers, but the vast majority must travel to the city, which is often a long and arduous trip.
Then there’s the issue of money—they can’t afford the trip much less the cost of medical care waiting on the other end. In India, 73% of households are in rural areas. Almost three-fourths live on a monthly income of less than 5000 rupees (that’s $74 at the current exchange rate).

An American ophthalmologist serving a fellowship in Haiti called glaucoma there “the scourge.” Compared to glaucoma’s prevalence of 2-3% in most of the developed world, 19% of the residents in a rural Haitian town had glaucoma.

Challenges Preventing the Diagnosis and Treatment of Glaucoma in Developing Regions

Glaucoma treatment has fallen far behind cataract surgery in the developing world. This largely has to do with the ability to allocate enough resources: Cataracts can be fixed with one surgery, while glaucoma requires life-long assessment and treatment. It’s time to stop debating policy and get creative with solutions, but that isn’t as easy as it sounds.

Doctors and experts in health care agencies face many issues when it comes to developing and implementing glaucoma programs. For starters, there are few, if any, established screening protocols. Even in places where patients have access to eye exams, their glaucoma remains undiagnosed because it’s not included in routine tests.

There’s an ongoing debate about how to remedy this. Should a widespread screening for everyone older than forty be implemented? Maybe it’s better to remain targeted and screen for glaucoma at the same time they test for cataracts or other diseases like diabetes (which only benefits those who can get to a health center and pay for testing). Some say there’s no sense worrying about screening until they can actually provide reliable services and treatment. Funding for treatment is hard to find, plus they face a painful shortage of eye doctors. In rural Africa there’s one ophthalmologist per one million people; Haiti has about fifty ophthalmologists for the entire country of ten million.

How Research Can Help

Thanks to the ever-growing scope of glaucoma research, new advancements are always in the pipeline. Whether it’s lightweight, transportable technology, more time- and cost-efficient medications, or possibly even the adoption of telemedicine as a means of diagnosing and monitoring glaucoma among developing communities, the answer to making treatment more accessible to everyone suffering from glaucoma is slowly becoming a reality.

Dr. Gloria Fleming is a glaucoma specialist and Associate Professor in the Department of Ophthalmology at The Ohio State University's Havener Eye Institute in Columbus, OH. As a Glaucoma Research Foundation patient education ambassador, Dr. Fleming makes education a key component of her glaucoma practice.

Glaucoma Care in the Age of COVID-19: The Patient Perspective