Rebecca was diagnosed with glaucoma in her early thirties. "I had no idea that I should even be going in to have my eyes checked for glaucoma," she says. 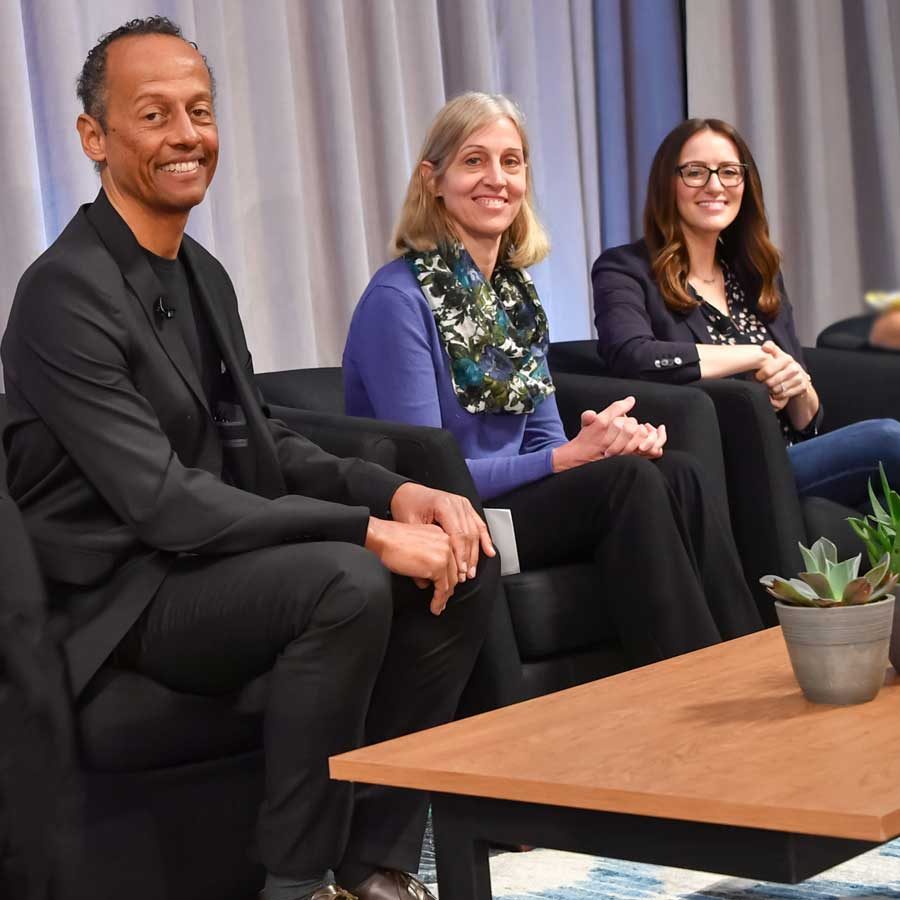 Rebecca was diagnosed with glaucoma in her early thirties. "I had no idea that I should even be going in to have my eyes checked for glaucoma," she says.

Rebecca Vilendrer talks about her experiences with glaucoma diagnosis and treatment, and why she supports Glaucoma Research Foundation in our search for a cure. We interviewed her at our first annual Glaucoma Patient Summit in San Francisco, March 2019.

My name is Rebecca Vilendrer and I’m from Minneapolis, Minnesota.

When I was in my very early 30s, I needed a new pair of glasses. So I went into an optometrist to get my prescription updated. And as part of that process, I had the complete eye exam where they checked my pressure with the air pressure test. And at that time, in my very early 30s, my pressures were 25 and 26. So the optometrist told me he was concerned about glaucoma. And I didn’t even know what glaucoma was. At the time, nobody in my family had glaucoma. There was no history of glaucoma with any of my relatives. My dad since has been diagnosed with glaucoma himself, 15 years after I was, so he says that he inherited his glaucoma for me, but it was a surprise for me at the time. And because there was no history of this, and that’s when I was initially diagnosed.

Well, so I went many years and my glaucoma was well controlled. And I went to visit my ophthalmologist several times a year and he did all the tests and everything was under control. Until about eight years ago, I suddenly started having some significant issues with glaucoma progression. And that’s when I looked on the website and reached out to the Glaucoma Research Foundation to try and learn more about glaucoma — so I could better understand what was happening with my specific case — and the Glaucoma Research Foundation was extremely helpful. They introduced me to some of the top glaucoma specialist in the world who then I went to visit and that team of doctors help me resolve that issue that came up about eight years ago. And I’ve since — I’ve continued working with that team of doctors as well over all these years.

The Glaucoma Research Foundation, I was very impressed when I learned more about it, because the Glaucoma Research Foundation is looking for a cure for the disease and doing a lot of scientific research. I’m an analytical person myself and was interested in the level of information that they were presenting to patients through their Gleams newsletter. It was technical. I could learn more. I could try and understand what was going on with further developments with the disease. So, I was very impressed with the mission of the organization and how they were educating the patients at a fairly detailed level. And I wanted to contribute to try and further the new innovations for new treatments and also ultimately a cure.

I’ve done a lot of reading online about glaucoma, as I’m trying to learn more about it. And I tend to read, I try and read the ophthalmology journals, if I can understand at least the high level information presented. And I have seen in several cases that they have mentioned that early research has been done by the Glaucoma Research Foundation and that has been what has inspired the innovation that has ultimately turned into a treatment. And so, I am interested in helping the Glaucoma Research Foundation however I can, so that they can continue with those innovations and continue inspiring new treatments, and also ultimately inspire a cure for the disease with the research that they’re doing.

It can happen to anybody at any age, really, because I was diagnosed when I was in my very early 30s. And I’ve been told that I have juvenile glaucoma, but I had no idea that I should even be going in to have my eyes checked for glaucoma because I was so young at the time. And so, I think it’s important that everybody knows that this can happen at any age.

Even if you’re not born with it, you can get it when you’re quite young. Everybody should be going in to get regular complete eye exams on some regular basis so that you know that your eyes are okay, because there are no symptoms or other indications that you have glaucoma, other than losing vision which you can never get back.

So I think it’s important that people know that they should always be getting their eyes checked so that they can ensure that they don’t have the disease, and if they do, they can get early treatment. Early treatment has been a huge factor for me. My disease was caught very early. I didn’t have any damage when it was caught. And I’ve had it for 25 years. And I still have full visual fields. And I believe that a big reason for that is because I’ve had early treatment and I’ve been watched so closely over all of those years.

Ultimately, vision is critical. People want to be able to see, and until we have a cure, people are going to continue to lose their vision. And so, it obviously is a very important mission to try and come up with a cure that can help people so that they don’t lose their vision going forward.