Trinh Green has faced many vision challenges in her life. But that hasn’t discouraged her. Instead, it’s inspired Trinh to become a vision advocate. 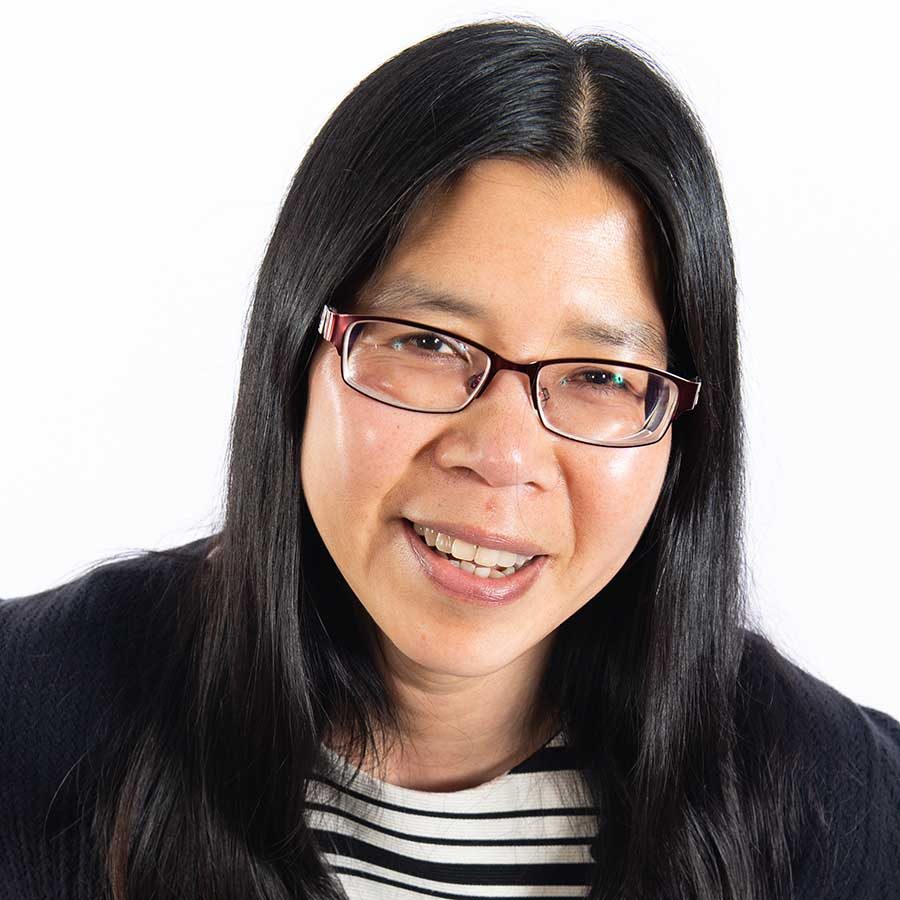 Trinh Green has faced many vision challenges in her life. But that hasn’t discouraged her. Instead, it’s inspired Trinh to become a vision advocate.

Trinh was in high school when she noticed she couldn’t see out of her right eye. The diagnosis was inflammatory eye disease. Thanks to treatment, Trinh began college with her vision restored, and she set her sights on becoming a doctor. But just before medical school, Trinh received a glaucoma diagnosis, and the warning that she could go blind by age 50. “I was scared,” Trinh says. “I was young, and I knew this was going to affect my future.”

Trinh persevered with treatment for glaucoma. But at age 28, she was heading into a critical eye surgery when she discovered she was pregnant with her first child. This new reality made surgery more risky and, because she knew glaucoma can be hereditary, prompted Trinh to think of the future in a different way.

How did Trinh carry on? She faced her fears. She learned everything she could about glaucoma. And she found doctors she could partner with. Today, after years of eye drops, laser treatments, device implants, a corneal graft, even treatment to eliminate a tumor that threatened one eye, Trinh has a gratifying family practice with Asian Health Services, working with underserved immigrant patients. She also parents three active kids. And she does it all with 20/20 central vision.

Trinh’s experience with glaucoma has empowered her to help others. After learning about Gleams, she became actively involved with Glaucoma Research Foundation (GRF). In 2005, she made her first philanthropic gift to GRF, investing in the search for a cure that could serve her children, if they face glaucoma. In March 2019, she attended the first annual Glaucoma Patient Summit, connecting with fellow patients and with vital resources.

“Glaucoma affects many people who don’t know they have the disease,” says Trinh. “For those who don’t get treated, it can be devastating. When you support GRF, you change lives by providing access to education. You enable people to retain vision and live full lives,” Trinh says, “even with glaucoma.”

In this video, Trinh talks about her struggles with glaucoma, and why she volunteers for Glaucoma Research Foundation. We interviewed her at our first annual Glaucoma Patient Summit in San Francisco, March 2019.

Trinh Green: I am now 44 and a mother of three, and I’m a physician. When I first found out about glaucoma, it was serendipitous. I actually had a different rare eye disease back when I was a teenager about to enter college, and through monitoring of that particular problem, they noticed my [eye] pressures going up. So, by the time I was 21, I was given a diagnosis of glaucoma. And for the first, I would say, three or four years, it was controlled simply on one [eye] drop alone and just very infrequent visits to the eye doctor. And then for some reason something went out of control, and I started losing significant vision in the left eye, and started requiring surgeries. One surgery led to another, not because of any complications, but because the visual field continued to be affected. So I ended up having trabeculectomies and devices placed in the eye.

And through all of this, I have to say that, from having a wonderful doctor who is very thoughtful and thinks outside the box and thinks of every possibility, I’ve managed to have my vision preserved pretty well. I would say, how glaucoma has affected me… I was very, very scared initially because when I was 21 I was told, “By the time you’re 50 you’re going to be blind.” And this was to a person who, I’m very type A, I do a lot and I had a lot of things that I still needed to do in my life — college, medical school. And so I was concerned that I would not be able to accomplish any of that. But through diligence and the care of the doctors, I have been able to overcome all of that. I drive, I take care of myself, I go to appointments by myself.

I have managed to have a career and my kids. And the only sort of ‘setback’ from glaucoma, is that I have to remember to do my eyedrops religiously and follow up on my eye appointments. I never miss them. And if surgeries come about, just to think, ‘that’s the price of preserving your vision.’ And I go through the surgeries and do the follow-ups and so it hasn’t really affected me. I mean, there are a few things I can’t do, but nothing that’s truly significant in my life.

At least about five years ago, maybe even six, I first heard about the Glaucoma Research Foundation through Dr. Iwach, because I was signed up for the Gleams e-newsletter and then I thought, well, I have a little extra time on my hands. Why not devote it to volunteering for some place that would have some meaning for me and that I could make an impact. And so that’s how I came to you guys to help out any way I can. And so I started volunteering in the office.

I would say that I wish they knew that it could affect anybody at any age and not to take their eyes for granted. That it’s not just an old person’s disease, and that when you’re diagnosed with glaucoma, while it is very scary and it potentially could be sight-threatening, it doesn’t always have to be. In most cases, with diligence, you can preserve your sight to the point where you can have, I think, normal full life, full of the activities that you’ve always wanted to do.

Glaucoma is one of the leading causes of blindness, not just in the US but I believe worldwide, and a lot of people don’t know they have the disease until it has caused significant vision loss. I think both the social and economic impact of blindness is so huge that it is very important to preserve people’s sight and to find a way to cure this disease. And then just on a personal level, knowing that, I think, genetics plays a huge factor in glaucoma. And as I’ve come to learn, there are genes that have been discovered that account for certain cases of glaucoma. So I’m worried for my own children and I would love for there to be a cure so that I never have to wonder what’s going to happen with their own futures.

Trinh Green, MD serves as a Patient Advocate for Glaucoma Research Foundation. After coming to the United States as a child in the wake of the Vietnam War, Dr. Green attended Harvard University before receiving her MD from University of California-Irvine and now works as a family physician in the San Francisco Bay Area. Diagnosed at 21 with glaucoma, she has undergone numerous surgeries since.