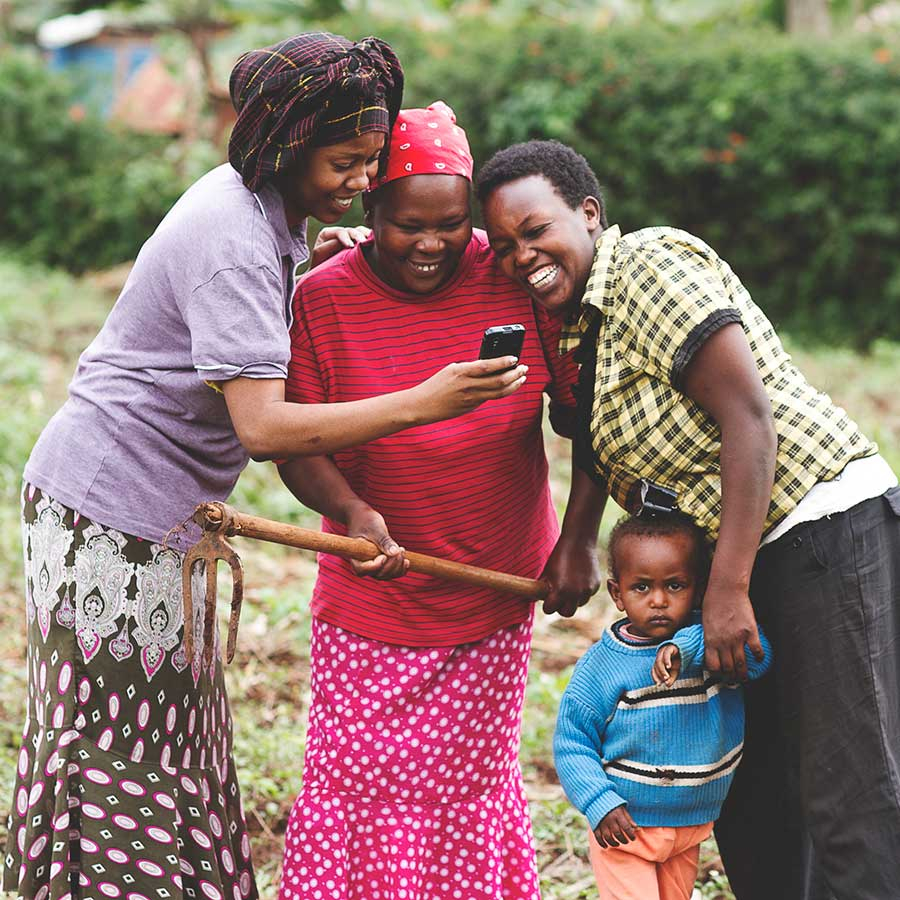 One of the biggest challenges to establishing a teleglaucoma clinic in many underdeveloped regions is the lack of Internet access. News reports occasionally tout the rapid growth of telecommunications in developing countries, but overall access remains low. A Pew Research Center survey released in February 2016 reported that 89 percent of Americans used the Internet or had smartphones. Malaysia saw a 19 percent increase in recent years, yet only 68 percent of its residents use the Internet. The numbers go downhill from there, to 60 percent in Brazil, 42 percent in South Africa, 22 percent in India (which only saw 6 percent growth) and 8 percent in Ethiopia.

To make matters more complicated, Internet access tends to depend on whether people live in urban or rural areas. Those living in rural regions—the ones who desperately need teleglaucoma clinics because they don’t have local health care—also are most likely to lack Internet service. For example, of those who have Internet access in India, only 28 percent live in rural regions, according to the Internet and Mobile Association of India.

Another pressing issue is stable electrical service. Some remote villages don’t have electricity, while others have unreliable power or a poor supply. In Sub-Saharan Africa the average electric power consumption is one tenth of that in the industrialized world. This means that each person has barely enough electricity to power one 100-watt light bulb for three hours each day.

These problems can hypothetically be solved by mobile healthcare units that have their own generator, satellite capability, computers, smartphones and eye-screening equipment. Of course, they also need trained staff who can conduct a proper eye exam, then take and transmit high-resolution digital images. In this scenario, two questions still remain. First, who will fund and staff such an operation in a country with severely limited resources? And second, after the diagnosis, how will ongoing glaucoma treatment be implemented and managed in villages where people can’t afford medication?

Teleglaucoma Programs Take It One Step at a Time

The challenges are daunting, but experts continue to attempt to overcome them one step at a time. Some developing countries such as India have launched telemedicine programs for underserved residents. However, these programs only screen for cataracts and diabetic retinopathy; they haven’t tackled the complex task of remote screening for glaucoma. This is where developed countries need to take the lead. As they create teleglaucoma clinics to serve their own rural areas, they learn what works and how to reproduce their efforts in developing countries.

One of the brightest teleglaucoma initiatives comes from the University of Alberta, which developed a standardized approach to screen for glaucoma then opened remote and in-house teleglaucoma services. Staff at the remote clinic use digital equipment to compress and transmit images of the optic nerve (via their Secure Diagnostic Imaging server) to glaucoma specialists at the University of Alberta Teleconsultation, Education and Research Centre. After reviewing the information, specialists at the hub recommend treatment, which is implemented at remote locations by optometrists and general ophthalmologists.

One dedicated specialist at the University of Alberta, Dr. Karim Damji, took the vision a step further. He recognized that developing nations face another roadblock: a shortage of trained glaucoma clinicians. To solve that problem, he created the Sandwich Fellowship, which allows eye specialists from Africa and other developing countries to be accepted as subspecialists at the Universities of Ottawa and Alberta. The fellows receive specialized glaucoma training at the university, then they rotate out to the field where they can practice skills in the well-established teleglaucoma clinic. His innovative program trained individuals from Ethiopia and Kenya that are now the first glaucoma specialists in Sub-Saharan Africa.

In the Future: Networks of Teleglaucoma Programs Connecting Across Developing Nations

Dr. Damji continues to work on creating a self-sustaining system where eye specialists can be trained in their own country. As a result of his efforts, Grand Challenges Canada awarded $100,000 to help Dr. Damji develop teleglaucoma programs in Kenya and Ethiopia. He plans to buy the equipment and train technicians to establish teleglaucoma clinics in underserved areas.

If that program is effective, Dr. Damji will be eligible for an additional $1 million grant, which he will use to develop an African-wide network of teleglaucoma services. This is a great example of how developed and developing nations can work together to rise above the challenges and find ways to diagnose glaucoma early enough to prevent blindness.