The groundbreaking collaborative research program will explore common characteristics of glaucoma and Alzheimer’s. 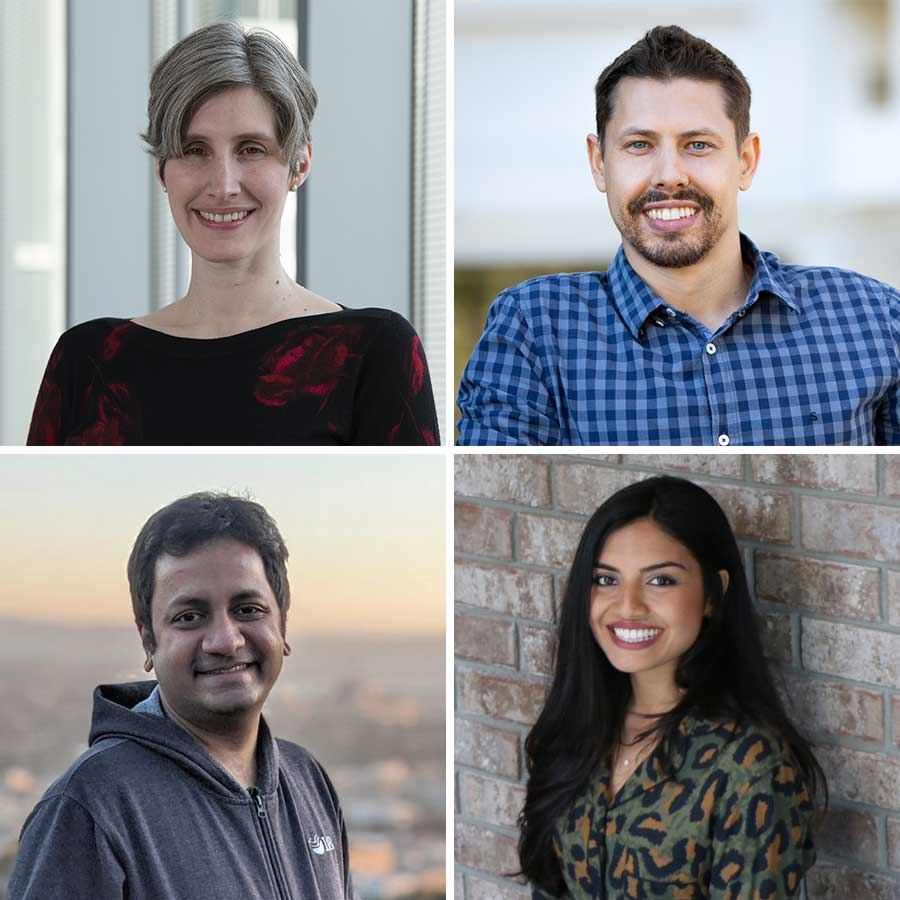 The groundbreaking collaborative research program will explore common characteristics of glaucoma and Alzheimer’s.

Called the Melza M. and Frank Theodore Barr Catalyst for a Cure to Prevent and Cure Neurodegeneration, the new endeavor will investigate common characteristics of diseases that occur when key cells in the central nervous system — eye, brain, spinal cord — deteriorate and die, causing a loss of function. Neurodegenerative conditions include glaucoma, Alzheimer’s, Parkinson’s, and amyotrophic lateral sclerosis (ALS).

“Neurodegeneration represents a promising but perplexing frontier in human health,” says Thomas Brunner, President and CEO of San Francisco-based Glaucoma Research Foundation. “Currently no therapies exist that can prevent or halt neurodegeneration or regrow healthy neurons. Through this research initiative, we hope to contribute new insights that could lead to innovative treatments and cures for glaucoma as well as other neurodegenerative conditions.”

The new initiative is unique in scope for Glaucoma Research Foundation and for scientific research in general, Brunner says. “Top researchers rarely cross from one disease to another,” he says. “In the Neurodegeneration Initiative, we have a team of experts, each with unique talents and perspectives, who will partner across disciplines and diseases to discover insights into all neurodegenerative illnesses.”

“We had been thinking about the challenge of neurodegeneration ever since the first Catalyst for a Cure identified it as a factor in glaucoma. In recent years, investigators around the world have been suggesting connections among glaucoma, Alzheimer’s, Parkinson’s, and other neurodegenerative conditions.  We thought it was time to prove it — to understand neurodegeneration in a fundamental way and develop solutions based on that knowledge. And we have great confidence in the Catalyst for a Cure approach,” says Mr. Barr.

To carry out the Neurodegeneration Initiative, Glaucoma Research Foundation has selected four talented investigators, from prestigious institutions and diverse disciplines, who will collaborate for an initial period of three years. A team of scientific advisors will coach the group and assess progress. The four consortium members are:

Dr. Da Mesquita’s unique expertise is in the field of brain vascular biology which has implications for Alzheimer’s and other neurodegenerative diseases.

Dr. Margeta is a glaucoma clinician and surgeon and a leader in the biology of microglia (unique cells of the brain and spinal cord) and in neuroinflammation.

A leader in computational biology, Dr. Shekhar has played a key role in collaborations that span neuroscience, immunology, single cell genomics, genetics, and machine learning, with a focus on visual systems.

Team members met for the first time in July 2022 and will start their work together by identifying promising avenues of investigation. Aging, injury, inflammation, genetics — these factors and more may play a role in neurodegeneration and could indicate potential targets for unprecedented treatments and cures.

“The Neurodegeneration Initiative is one of the most exciting projects I’ve been involved with,” says Adriana Di Polo, PhD, Professor of Neuroscience at the University of Montreal, who is an award-winning neuroscientist, glaucoma pioneer, and Chairs the Scientific Advisory Board for the new consortium. “It’s a groundbreaking step forward — not just tackling glaucoma but seeking cures for all neurodegenerative diseases.”

With the launch of the Neurodegeneration Initiative, Glaucoma Research Foundation is funding two simultaneous Catalyst for a Cure consortia, each with the potential to change the lives of people with glaucoma. Ongoing since 2019, the Steven and Michele Kirsch Catalyst for a Cure Vision Restoration Initiative has made enormous strides that could soon result in the ability to protect, preserve, and even regenerate retinal ganglion cells — key elements of the optic nerve that degenerate and die over time with glaucoma, causing blindness.

About Glaucoma and Alzheimer’s

Glaucoma is the world’s leading cause of irreversible blindness. Currently there is no cure, and everyone is at risk for developing this blinding disease. It is estimated that by 2040, 111 million people worldwide will have glaucoma.

A neurodegenerative condition like glaucoma, Alzheimer’s is a progressive, terminal brain disorder, responsible for up to 70 percent of cases of dementia. Treatment options are extremely limited and there is no cure.

Stem Cell Therapy for Glaucoma – Are We There Yet?