Therapies, treatments, and technologies—No two cases of glaucoma are alike, and the effectiveness of therapies differ but promising new research findings offer reason to be optimistic. 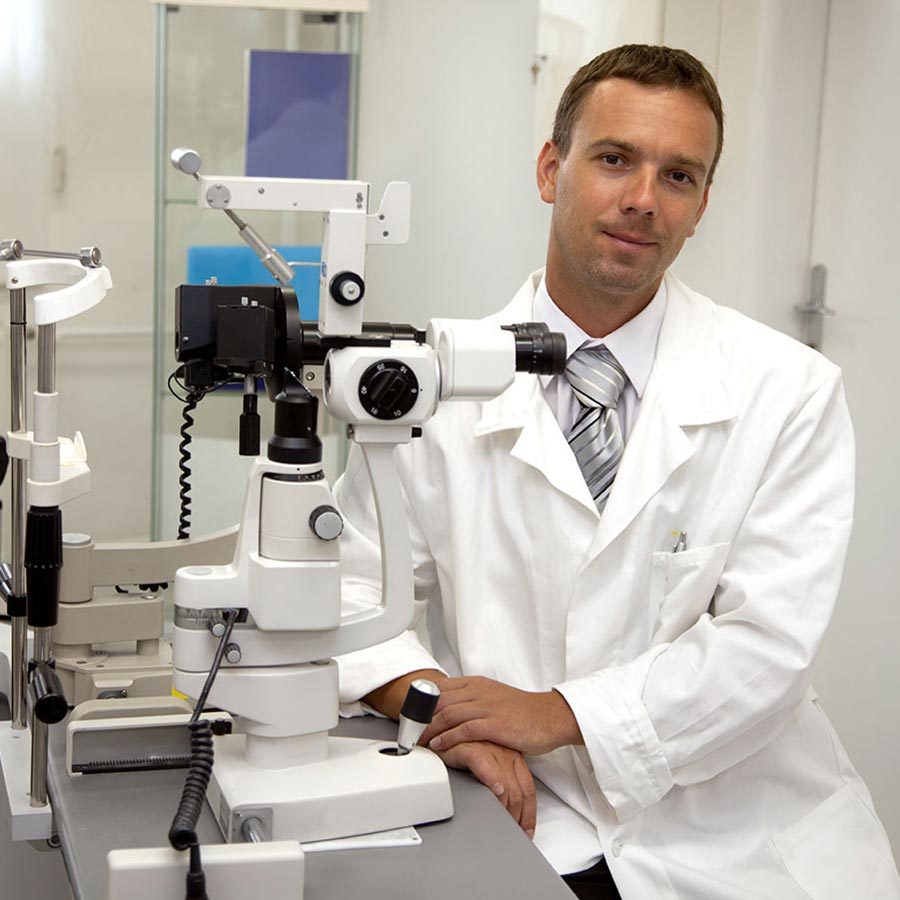 Therapies, treatments, and technologies—No two cases of glaucoma are alike, and the effectiveness of therapies differ but promising new research findings offer reason to be optimistic.

Thanks to scientists’ collaboration and dedication, more than three million Americans and 80 million people worldwide living with glaucoma can be hopeful.

The Catalyst for a Cure Vision Restoration Initiative Update

The third Catalyst for a Cure (CFC) team, funded by Glaucoma Research Foundation, applies the earlier scientific breakthroughs of former cohorts to concentrate on vision restoration. These breakthroughs led to a paradigm shift leading scientists to focus on the optic nerve and how it can be restored, replaced, or regenerated rather than the current treatment of lowering and managing eye pressure with drops or surgery, or sometimes both.

The CFC team’s work will lead to new glaucoma treatments that focus on preserving and repairing the optic nerve and rebuilding the damaged nerves that have caused vision loss.

In addition to the innovative CFC research, significant progress is also being reported from other researchers.

The most extensive genome-wide association study of glaucoma to date compared the genes of 34,179 people with the disease to 349,321 control participants. It enabled an international consortium of researchers to identify 44 new gene loci (“genetic street addresses” that denote a specific location on a gene). It confirmed 83 previously reported loci linked to glaucoma.

The research is unique in both the study’s size and the effort to compare genetic data from European, African, and Asian descent. Earlier studies primarily looked at gene data from people of European descent.

The genetic findings may lead to improved testing and clinical trial targets. Additionally, the research identifies new causal genes and mechanisms for glaucoma, which may help develop therapeutic approaches to target those genes.

Existing glaucoma treatments aim to reduce eye pressure to slow the disease’s progression and prevent permanent damage to the optic nerve. While some clinical trials examine treatments for specific genes, these new findings might increase the number of targets and lead to more precise glaucoma treatments.

A potential new glaucoma treatment has been developed by Georgia Tech researchers that could replace daily eye drops and surgery with a biannual injection that controls the buildup of pressure in the eye.

An injection of a natural and biodegradable material was used to create a viscous hydrogel—a water-absorbing crosslinked polymer structure—that opens an alternate pathway for excess fluid to leave the eye. The animal study indicated no significant inflammation from the procedure and sustained the pressure reduction for four months.

The researchers are now working to extend that time by modifying the polymer material—hyaluronic acid—to provide treatment benefits for at least six months.

The treatment could eliminate the need for daily drops or surgery for some glaucoma patients.

Scientists at the University of Birmingham, UK, have shown that a novel low molecular weight dextran-sulfate, ILB®, could play a key role in treating open-angle glaucoma (OAG). The research showed that ILB could normalize matrix deposition inside the eye and lower IOP in a pre-clinical model used to mimic these aspects of human glaucoma.

The research can pave the way for new anti-fibrotic therapies to be developed for the disease and enable the formulation of a topical alternative to avoid injection.

Scientists at Harvard Medical School have successfully restored vision in mice by manipulating eye cells in the retina to recapture youthful gene function. It’s the first successful attempt to reverse glaucoma-induced vision loss rather than merely stem its progression.

The gene therapy developed by researchers could safely reverse the age of cells in a living animal, which they believe could revolutionize the eye treatment and potentially many other organs affected by aging. The new approach, which successfully reverses vision loss in mice without a retinal transplant, introduces a potential new treatment modality in regenerative medicine.

Clinical trials could be initiated within two years if the findings are confirmed in further animal work to test the efficacy of the approach in people with glaucoma.

Israeli startup Belkin Laser has developed an alternative laser treatment that is fast, guided by sophisticated image-processing software. The direct selective laser trabeculoplasty (DSLT), as reported at the Glaucoma 360 New Horizons Forum meeting, is a rapid, noncontact automated procedure performed directly through the limbus without gonioscopy.

The first nonrandomized clinical trial assessed its safety and ability to reduce intraocular pressure (IOP). The results demonstrate that the DSLT technology is an effective, safe, non-contact treatment for lowering IOP in patients suffering from Open Angle Glaucoma.

This technology could provide an option to the currently approved form of laser eye surgery known as SLT (selective laser trabeculoplasty), which takes longer.

This is a significant breakthrough technology that provides a much-needed option for patients challenged with topical drops or needing alternative options.

Every day dedicated scientists continue to make discoveries to find ways to help cure glaucoma. There are so many ways you can help. Whether you donate cash or stock, create a fundraising event, or donate a vehicle or boat, your donation will give hope to those living with glaucoma and accelerate our search for a cure. Even simply sharing the message with friends, family, and associates can help.