There are many misconceptions about glaucoma that can leave you feeling confused or misinformed. We’ve debunked nine of the most common myths about this sight-stealing eye disease. 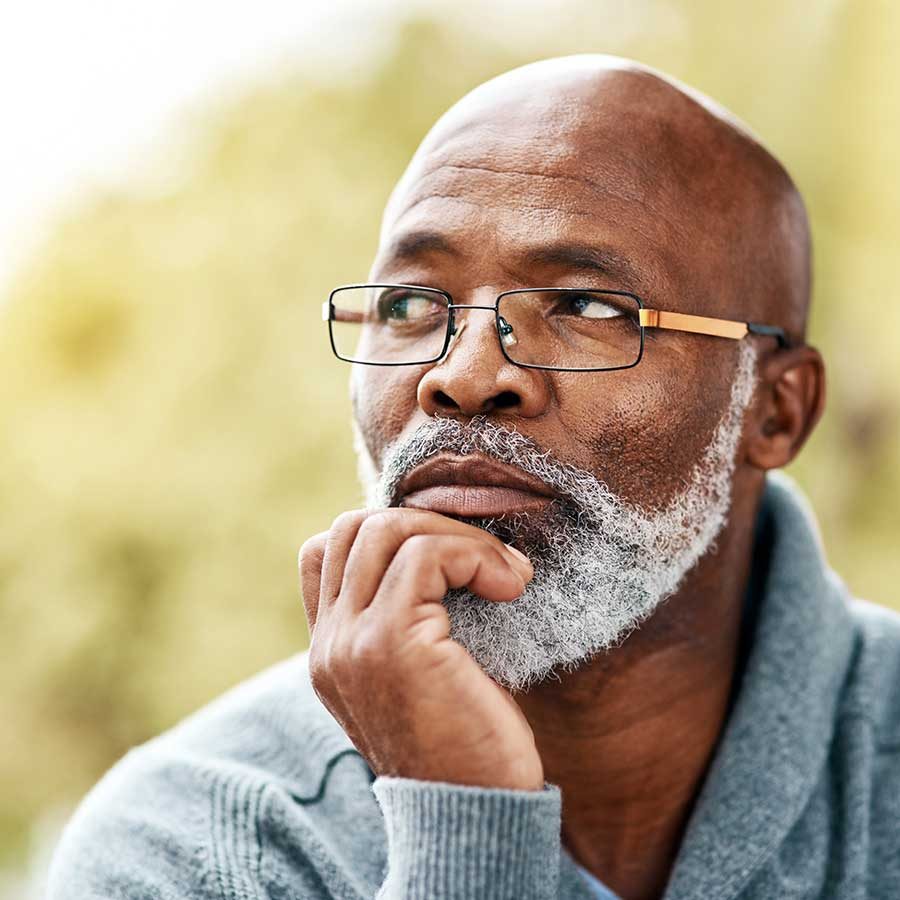 There are many misconceptions about glaucoma that can leave you feeling confused or misinformed. We’ve debunked nine of the most common myths about this sight-stealing eye disease.

Knowledge is power. The proverb attributed to Sir Francis Bacon (although it’s also said to be found in Sanskrit) possibly offers one of the most powerful tools for managing chronic health conditions. So it makes sense that patients who understand their condition and their prescribed care plans are more likely to manage their health proactively.

Conversely, if a patient misunderstands their condition, it can result in non-compliance with medical recommendations, significantly and adversely affecting outcomes. Therefore, having access to reliable, evidence-based information is crucial. While the internet provides unlimited access to a staggering amount of information, not all information found online is trustworthy or helpful.

The estimated 80 million people living with glaucoma worldwide, including more than three million Americans, are important stakeholders in their treatment. With the correct information, they can significantly impact the success of their medical outcomes. But unfortunately, there are many misconceptions about the disease that can leave you misinformed. We’ve debunked nine of the most common glaucoma myths.

There is currently no cure for glaucoma. However, doctors can effectively use surgical procedures and other treatments to prevent or slow further damage from occurring. In addition, surgery may be recommended when medicines and laser treatments fail.

There are a few different types of surgery for glaucoma that can help lower the pressure in your eye:

Trabeculectomy
This procedure is usually used to treat open-angle glaucoma and sometimes other kinds of glaucoma, such as angle-closure. The surgeon will create a tiny opening in the top of your eye, under your eyelid, where no one will see it. This opening allows extra fluid in your eye to drain away, lowering the pressure in your eye.

Glaucoma Implant Surgery
Glaucoma implant surgery is used to treat several types of glaucoma, including congenital glaucoma, neovascular glaucoma, and glaucoma caused by an injury. A tiny tube, or shunt, is implanted onto the white of your eye to help extra fluid drain out of your eye, lowering your eye pressure.

Minimally Invasive Glaucoma Surgery (MIGS)
MIGS is a group of treatments recently developed that use microscopic-sized equipment and tiny incisions to reduce the complications associated with standard glaucoma surgeries.

Most types of glaucoma will not have any symptoms, and people with good vision may not notice any symptoms until the late stages, which is why glaucoma is called the “silent thief of sight.” The later the disease is diagnosed and treated, the more likely it is that noticeable vision loss may occur.

Myth #3: No One in My Family Has Glaucoma, Which Means I Won’t Get the Disease.

Myth #4: A Person with Glaucoma will Eventually Become Completely Blind

Glaucoma does not lead to vision loss for most people. Frequent eye exams are the key to early diagnosis, increasing a person’s chances of maintaining good eyesight and leading a healthy lifestyle. With modern treatment, glaucoma is controllable.

Myth #5: Testing for Glaucoma is Painful

There are multiple tests for glaucoma because doctors look at many factors, all of them painless. The two most common tests are tonometry and ophthalmoscopy.

Myth #6: There’s No Treatment for Glaucoma

While glaucoma is not curable, it is highly treatable. Many effective treatments are available, including eye drop medications, injectable medications, oral medicines, and laser and surgical procedures to help halt glaucoma progression. Treatment helps fluid flow properly out of the eye, reducing pressure inside the eye and decreasing damage to the optic nerve, preserving your existing vision. In addition, treatment for glaucoma prevents it from causing damage to the optic nerve, which can lead to blindness.

Although people over 60 are at a greater risk of developing glaucoma than people in their 40s, certain types of glaucoma can affect people aged 20 to 50 and even young children and infants (due to abnormal ocular development).

A person can’t reverse glaucoma’s damage by adopting a healthier lifestyle; however, some lifestyle changes can help prevent further damage. There are several evidence-based recommendations for physical fitness, diet, and other lifestyle modifications beneficial for patients with glaucoma. Combined with regular eye exams and following the prescribed treatment from your doctor, a healthy lifestyle can certainly help.

Myth #9: The Symptoms of Glaucoma Are Noticeable

Glaucoma is known to silently creep up and slowly damage the eyesight of a person. The symptoms of open-angle glaucoma, the most common form of glaucoma, are not quite noticeable at first. So, people with apparently perfect vision may have glaucoma and yet be unaware of it. However, once the damage becomes extensive, symptoms eventually show up. That’s why it’s so critical to have regular eye exams.

Glaucoma is the second leading cause of blindness in the world, according to the World Health Organization. In the United States, more than 120,000 people are blind from glaucoma, accounting for nine to twelve percent of all cases of blindness. Because symptoms often don’t become noticeable until the disease is advanced, only about half of those with glaucoma even are aware they have it.

Debunking myths and having the facts about glaucoma is essential to protect and preserve eye health.