A glaucoma drainage implant is a small device placed in the eye to treat glaucoma. 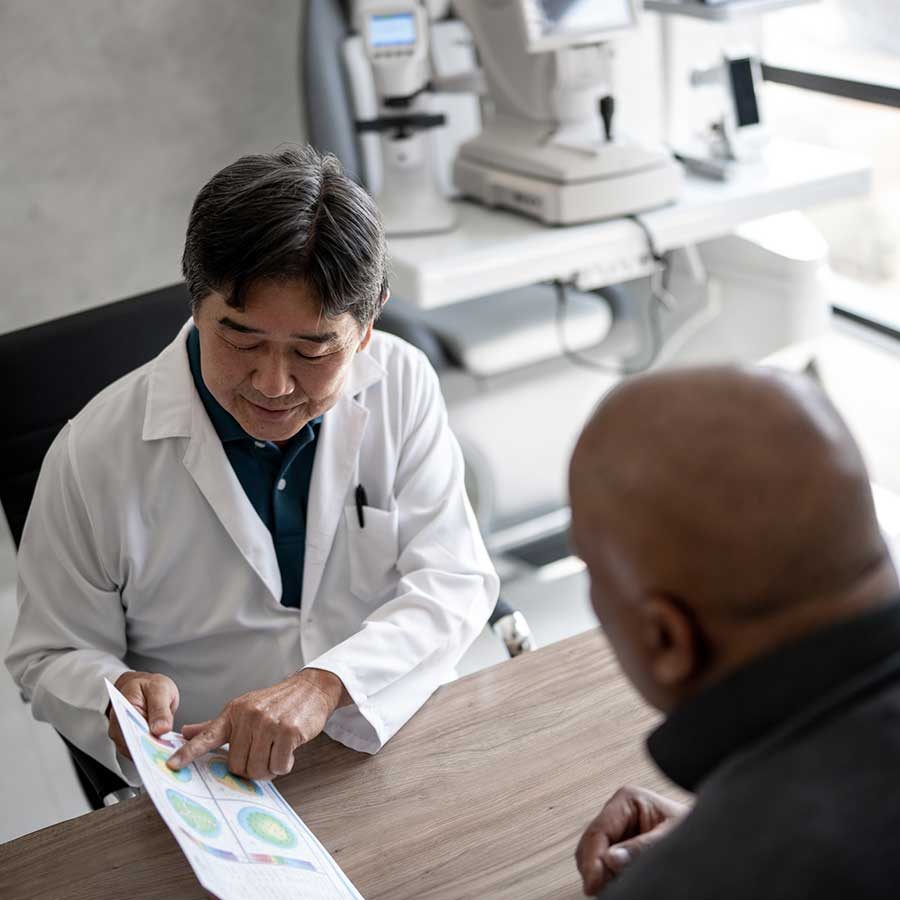 A glaucoma drainage implant is a small device placed in the eye to treat glaucoma.

There are many different ways to treat glaucoma. In addition to conventional and laser surgery, there are a variety of drugs to lower intraocular pressure (IOP). If these methods alone fail, doctors may suggest implants.

Also known as “aqueous shunts” or “glaucoma drainage devices,” we’ll refer to them simply as “implants.”

The idea behind implants is to enhance standard glaucoma surgery by positioning a device that will help keep the surgically-created drainage opening from healing and closing down. Many current implants include a tube through which the aqueous fluid passes. Others are solid and promote the flow of fluid along the surface of the implant.

Regardless of the type, all implants have a common goal — to decrease IOP by increasing outflow of fluid from your eye. Implants used for glaucoma evolved from the Molteno glaucoma implant, first tested in 1969. Since that time, many other implants have been designed. The two basic types are “valved” (Ahmed or Krupin) and “non-valved” (Molteno, Baerveldt) designs.

When Implants Are Used

It is estimated that several thousand implants are used in the USA each year. Most of these are performed on what eye surgeons think of as “complicated glaucomas.” Glaucoma implants may be considered in forms of glaucoma following injuries to the eye.

They are also used in cases of congenital glaucoma where other surgeries have not worked, and in cases of neovascular glaucoma (a type of glaucoma often associated with diabetes, characterized by blood vessels that grow across the iris and drainage area, closing off fluid outflow). Implants may also be used when other glaucoma treatments have not been successful.

In conventional surgery, a tiny drainage hole is made in the sclera (the white part of the eye). This procedure is known as trabeculectomy or sclerostomy.

This opening allows fluid to drain out of the eye under the delicate membrane covering the eyeball known as the conjunctiva. Locally applied medications or injections may be used to help keep the hole open.

With implant surgery, most of the device is positioned on the outside of the eye (toward the back as shown in the drawing) under the conjunctiva. A small tube or filament is carefully inserted into the front chamber of the eye, just in front of the iris (colored part of the eye). The fluid drains through the tube, or along the filament, into the area around the back end of the implant. The fluid collects here and is reabsorbed.

Implant devices function by promoting simple passive diffusion of fluid out of a collection compartment. The tube provides a passageway for the movement of this fluid out of the eye and into a place where the capillaries and lymphatic system reabsorb it back into the body.

Since the implant is a foreign body, there is often an inflammatory reaction immediately after surgery. This is commonly associated with a rise in IOP, and usually stabilizes within four to six weeks. IOP levels seldom stabilize below the mid-teens after implant surgery even when medications are added to the treatment plan.

The success of implants and length of time they are effective appear to be related to the amount of surface area covered by the implant for drainage. The larger the implant surface, the greater the likelihood of success. However, there are tradeoffs. With increased size comes a greater chance of complications. There is the possibility of IOP being too low. This is known as “hypotony.” The implant may also interfere with the external muscles that move the eye from side to side.

Implants are sometimes used after other surgeries have failed, most often due to healing and scarring over of the surgical opening. When this happens, eye pressures return to the higher, pre-surgery levels.

However, implants can have the same problems. The small opening in the tube in the front of the eye may become clogged. Or excessive scarring around the external drainage portion of the device might block the reabsorption of fluid, again leading to inadequate IOP control.

Other complications may include corneal injury, which can result from mechanical contact between the tube and the tissues of the eye.

As with most surgeries, those implants with a smooth uncomplicated surgical course do the best over time.

Do It Right To Preserve Your Sight