Glaucoma and the Brain 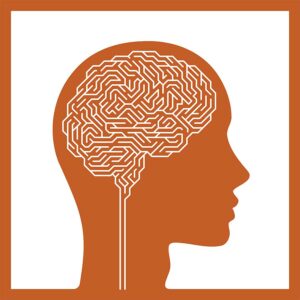 Recent research has shown that the complex connection between the eye and the brain is an important key to the disease.

Glaucoma shares a number of features with degenerative brain diseases such as Alzheimer’s, Parkinson’s, and Lou Gehrig’s disease. In all of these diseases, age and family history are significant risk factors, and specific areas of the brain are damaged over time. In glaucoma, the only difference is that the “specific area of the brain” affected is the eye and optic nerve!

Indeed the eye’s retina and optic nerve are a part of the brain: during early development, a small part of the brain pouches out and becomes the retina and optic nerve. Inside the eye, a group of neurons called retinal ganglion cells collect all of the visual information and pass it down their extensions, called axons, through the optic nerve and back to the rest of the brain. The ganglion cell, which collects all the vision information from the other retinal cells, is the one type of cell that is initially damaged by glaucoma.

Researchers Focus on the Optic Nerve 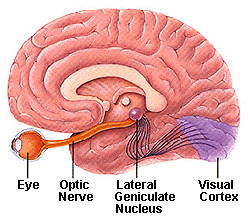 There are also changes in the brain within the lateral geniculate nucleus (the main brain target of optic nerve axons), and even the visual cortex, which is the part of the brain that helps us interpret visual information.

For example, neurotrophic factors such as ciliary neurotrophic factor (CNTF) may keep retinal ganglion cells from dying, a process called neuroprotection; they may increase axon regrowth down the optic nerve, called regeneration; and they may improve the support between the dying retinal ganglion cells and their surrounding cells in the retina and brain, called neuroenhancement.

The understanding that one key to glaucoma is in the connections within the retina and to the brain has led to exciting advances in research that may well lead to new potential treatments.