Frank and Paul strongly believe that research will ultimately lead to a cure for glaucoma. 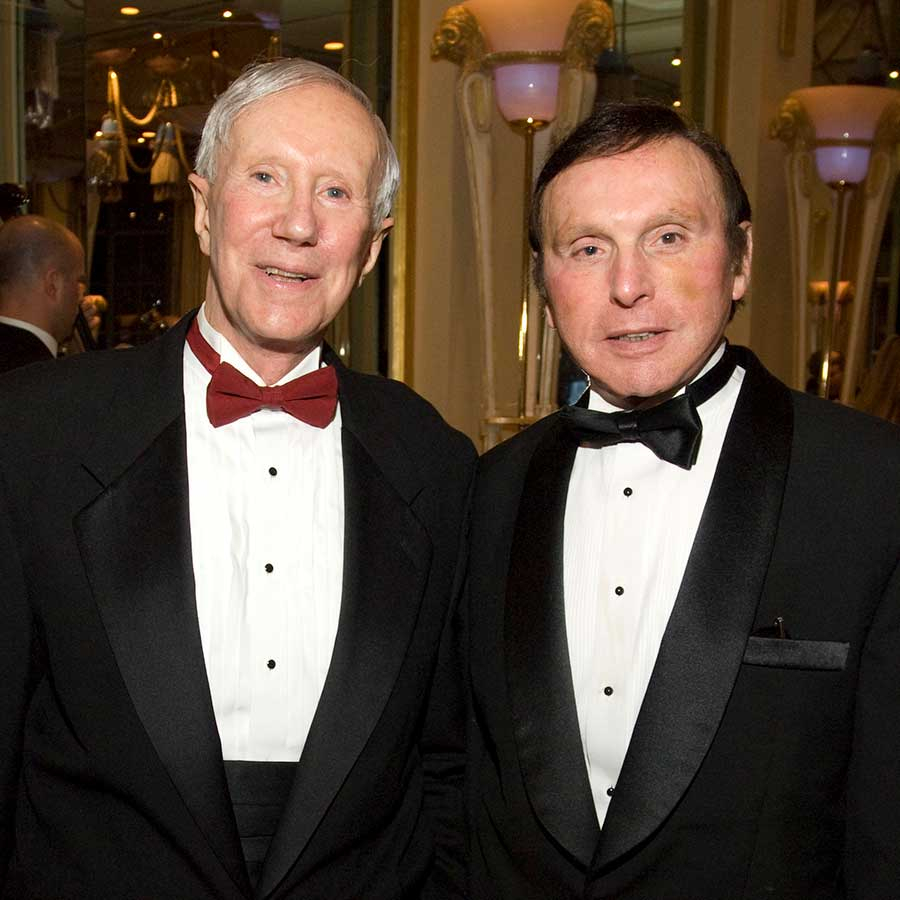 Frank and Paul strongly believe that research will ultimately lead to a cure for glaucoma.

Frank Stein and Paul May were each known for their depth of character, built from the resolute effort and hopeful outlook they relied upon to rise above challenging circumstances. Throughout good and bad times, they served to encourage people, giving of their time and resources to help others in need.

But that wasn’t all they had in common. Frank and Paul both developed glaucoma later in life, and so they deeply understood the need to find better treatments and decided to donate funding to Glaucoma Research Foundation from its very start. Their contributions provide essential support to allow researchers to explore new ideas that will lead to the development of new treatments and a cure. Frank and Paul strongly believe that research will ultimately lead to a cure—a hope that can only become reality with giving from other hopeful, charitable Vision Advocates.

“I am a good worker—it just comes naturally. Paul and I worked extremely hard” – Frank Stein

From the earliest days of their lives, Paul and Frank survived thanks to a strong work ethic, faith and affirmative values. Paul was born in Germany, where he and his family escaped from Hitler’s Nazi regime. After arriving in America, the May family relied on one another and gratefully accepted support from the Jewish Community House in Brooklyn.

Frank grew up in a very poor family, where he faced daily financial challenges alongside the unrelenting emotional turmoil that would ultimately nurture his passion for helping struggling families. He started working when he was quite young, relying on his own gumption to start a shoe shine business, then later delivering groceries. Every penny he earned went to the family so they could pay rent.

After serving in the Army in WWII, Paul took a job at Gimbels in New York, where Frank had also been hired based on his promise to “roll up my sleeves and do a day’s work.” That’s where the two men met in a moment that could have been scripted for a movie—Frank was going up in the elevator and when the doors opened … there stood Paul. That was the start of a personal and business partnership that would span decades until Paul passed away in September of 2013.

Frank and Paul worked their way up the corporate ladder at Gimbels, serving as young executives for years before they decided to put everything they owned in a car, rambled across the United States, and put down new roots in San Francisco. They started a hotel supply business from nothing but a wing-and-a-prayer. In the beginning, they traveled door-to-door selling supplies. Before long, they had created a solid business and were able to build a showroom.

“I was always taught it is better to give than to receive.” – Paul May

Giving back to the community is the prevalent theme of Frank and Paul’s life. In a video filmed by Jewish Family and Children’s Services in San Francisco, former board member Sharon Litsky described the two men as hard-working, very industrious, very smart and very creative.1 These qualities turned their newfound business into such a success that they went on to buy commercial real estate and invest in shopping centers, which “helped them put together a small fortune that they were able to give back to the community.”

Glaucoma Research Foundation is only one of their beneficiaries. Their philanthropy has touched many health organizations in San Francisco, such as the Frank Stein and Paul S. May Low Vision Center at California Pacific Medical Center, which they started because people were desperate for a place where they could learn how to cope with the loss of sight.

In addition, they funded the Paul May and Frank Stein Interventional Endoscopy Center at California Pacific Medical Center and Pancreatic Cancer Research at the University of California, San Francisco. Frank and Paul also gave financial support to the Chabad Residential Treatment Center for Substance Abuse and donated to the construction of a new wing at California Pacific Medical Center.

“I care about people. People mean a great deal to me and that’s the reason why I give.” – Frank Stein

When it came to support, Frank and Paul did far more than donate money; they also gave of their time. When he was in his 20s, Paul dedicated his time to soliciting funds for the Boy Scouts in New York and the United Jewish Appeal—he won awards for these efforts. Before they had money to spare, both men mentored students at South San Francisco High School. One grateful mother wrote to thank them for the impact they had on her son, saying “he will be a better person as a result of it.”

More recently, Donald C. Fletcher, MD, Director of the Frank Stein and Paul S. May Center for Low Vision Rehabilitation remarked that everyone at the facility owed a debt of gratitude for Frank and Paul’s financial contributions—and for their moral support. The men often visited the center to offer encouragement and helped with community outreach.

“Research is the key to the puzzle. One day, the answer will be found due to Glaucoma Research Foundation and their efforts to find a cure.” – Paul May

Frank and Paul were intimately familiar with the burden caused by glaucoma because they both had the disease. “I know what glaucoma can do. It steals your sight away without you realizing it,” said Frank. “I am extremely lucky that I found out about my glaucoma purely by accident.” He didn’t even wear glasses at the time doctors found his glaucoma and he has counted his blessings for the early diagnosis ever since. “Had I not found out about it at that time, I probably would be totally blind today, so I consider myself extremely fortunate.”

They have given generously to Glaucoma Research Foundation ever since our inception in 1978. They established the Frank Stein and Paul S. May Grants for Innovative Glaucoma Research through annual support as well as a provision in their estate plan. The program provides annual grants to scientists whose studies expand the knowledge base and bring glaucoma researchers a step closer to finding a cure.

In May 2013, Frank and Paul were awarded Glaucoma Research Foundation’s Catalyst Award. Even though it’s the highest honor the Foundation bestows, it still isn’t enough to reflect the Foundation’s deep appreciation for their heartfelt dedication and the extent of their philanthropic spirit. The award represents exemplary support and leadership for glaucoma research and education—roles that Frank and Paul filled with humbleness and gratitude for their ability to help others.

“The reason we give is because we have been very fortunate to get so much, purely from hard work. Believe me, we worked extremely hard and today we’re giving back for the things that we’ve accomplished and the luck that we’ve had in business,” said Frank.

Inspiration comes from people whose determination to succeed never fails, whose success is measured by helping others, and who motivate others to stretch just a little further. Frank and Paul are two such people who have forever touched Glaucoma Research Foundation. Their example inspires trust in the generous spirit of people moved to help those affected by glaucoma.

By getting involved with Glaucoma Research Foundation, you too can make a difference in people’s lives. Consider donating today.

Danielle Fiarito: A Story of Hope and Inspiration