“Everyone is confronted with obstacles in their life, and how you respond to those obstacles will reflect how you overcome them.” — Jerrold Keilson 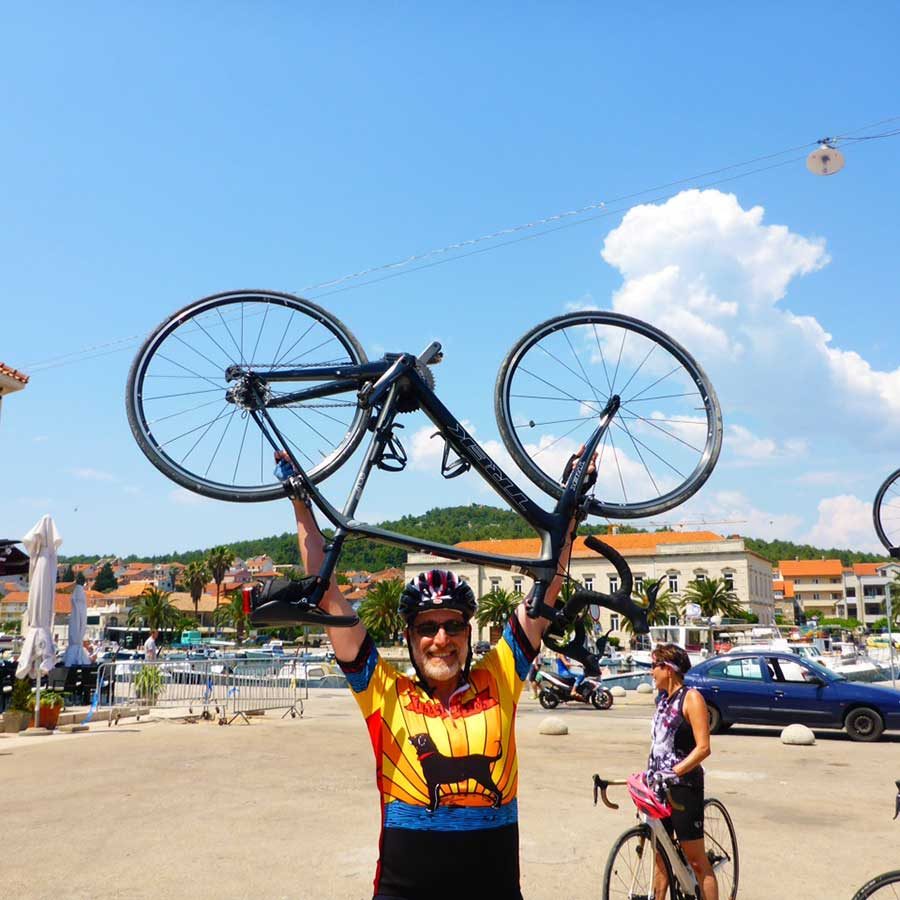 “Everyone is confronted with obstacles in their life, and how you respond to those obstacles will reflect how you overcome them.” — Jerrold Keilson

Jerrold Keilson has had a long career working in foreign aid and diplomatic programs to improve basic education around the world. He’s worked to give young people the opportunity to learn, to better their lives, and to improve their communities. He has been actively involved in helping people at home, running marathons to raise money to fight cancer. That was nineteen years ago. Then, ten years ago, he received a diagnosis that changed his life: he had glaucoma, and suddenly raising money for disease awareness was a very personal thing.

“I had gone skiing and came back about three days later and couldn’t see out of one eye,” Keilson said. “I went to different doctors to figure out what happened, and found that my eye pressure was very high and that my temporary blindness was associated with glaucoma. So that’s when I became interested in the issue.”

When he was diagnosed, he spoke to his family about the hereditary aspect of the disease. His brother went out and got tested, and he also had glaucoma. According to Keilson, education and outreach are vital. “In many cases it’s asymptomatic. You don’t know that you have it, so you have to be deliberate about getting tested. A lot of money donated to Glaucoma Research Foundation goes towards this goal of raising public awareness.”

The Donor’s Point of View: Planting Seeds for the Next Generation

When asked why he donates to Glaucoma Research Foundation, Keilson likened his commitment to future research to an old biblical story. “There’s this guy sitting by a gate, planting a date tree. Someone comes along and asks him why he’s wasting time planting a tree he’ll never eat from, since it takes seventy years for a date tree to produce fruit. The man replies that he had just finished eating a date from a tree someone planted for him seventy years ago, so he was planting one for the next generation.”

Keilson knows there’s still a long way to go in terms of glaucoma research. But he’s sure that supporting gene or stem cell therapies today will have a huge impact in the years to come.

Why Donate to Glaucoma Research Foundation?

When asked about how he decided to give to Glaucoma Research Foundation, this donor said that he realized there were good charities and bad charities. “Some have high overhead, spend too much on fundraising, or advocacy agendas you may or may not agree with. So do your due diligence and read up about different charities. Look for an organization with a good reputation, good forward vision, good management, and demonstrable results.”

Keilson says GRF meets these criteria in a unique way. “They are really, really focused on the research and have low overhead, but I think the big thing that differentiates them from others is they have a very clear mission. They’re in it to find solutions using cutting-edge technology. They’re looking for treatments, maybe even a cure. They have more scientists and medical practitioners donating and serving on their board than I’ve seen in the charity marketplace. That, and their clarity of focus and mission, are the distinguishing factors to me.”

A Word to Those Affected By Glaucoma

When asked if he wanted to say something to those whose lives have been affected by an illness, Keilson grew solemn. “Everyone is confronted with obstacles in their life, and how you respond to those obstacles will reflect how you overcome them. It’s natural to ask ‘Why me?’ or think that life is unfair, but you need to get beyond that, get involved, and take every challenge as an opportunity to grow as a human being.”

Keilson is doing everything he can to be involved within the donor community, from leukemia to glaucoma. Join Jerrold Keilson in supporting Glaucoma Research Foundation by making a donation today or volunteering your time to fighting this disease.

Growing Up With Glaucoma: Michelle Cochrane Talks with Glaucoma Research Foundation About Her Diagnosis, Treatment, and Lifestyle

Jasmyn Polite: My Battle with Glaucoma