Early onset glaucoma is the term often used to describe glaucoma that is diagnosed before the age of 40 years. 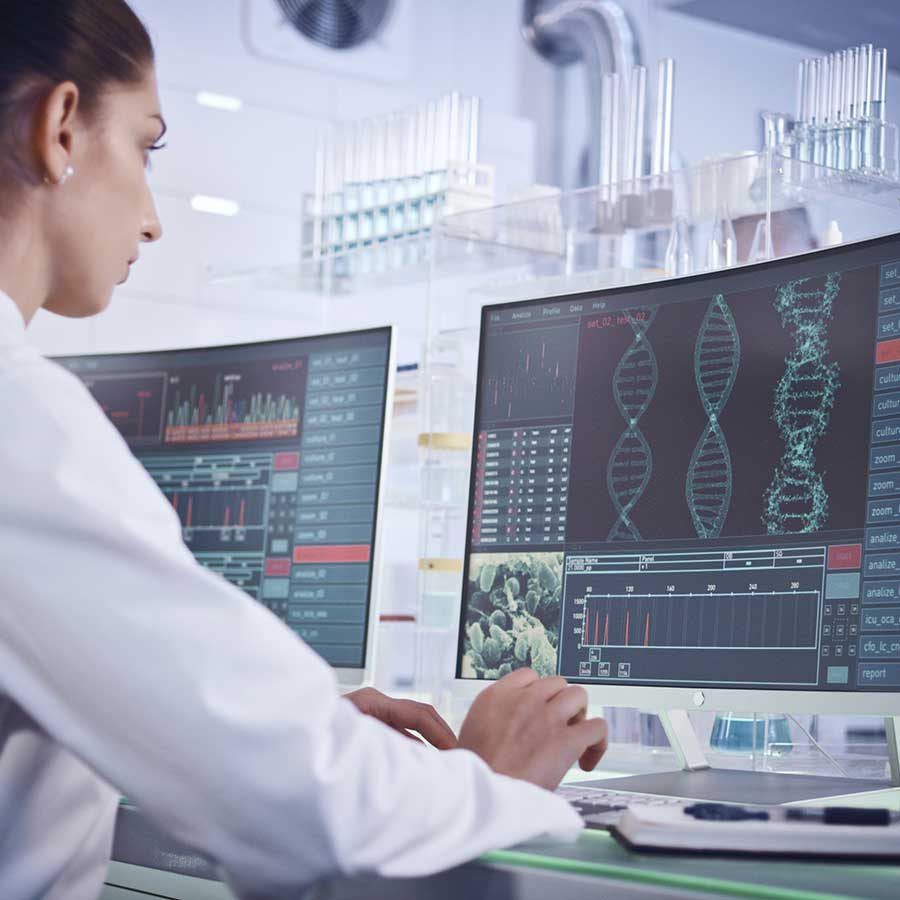 Early onset glaucoma is the term often used to describe glaucoma that is diagnosed before the age of 40 years.

A team of researchers at the Australian and New Zealand Registry of Advanced Glaucoma at Flinders University, Australia is investigating the genetic causes of glaucoma. They recently published one of the largest international studies on the genetic findings in people diagnosed with early onset and childhood glaucoma.

They studied 660 people from 594 families and found changes in 18 genes associated with glaucoma. Almost 25% of the families involved in the study received a genetic diagnosis. This helped with accurate clinical diagnosis and genetic counseling.

Juvenile open angle glaucoma, often shortened to juvenile glaucoma, is typically diagnosed between the ages of 4 and 40 years. In the study, 295 families with juvenile glaucoma were recruited and 16% received a genetic diagnosis. The most common gene responsible for juvenile glaucoma is the Myocillin gene. Changes in this gene usually cause very high intraocular pressures. Several changes in other genes were also found.

The study recruited 149 families with secondary glaucoma and found many genetic changes that were associated with these eye or systemic disorders. Almost 40% of people were able to receive a genetic diagnosis.

The Benefits of Genetic Testing

Genetic testing first and foremost helps clinicians make the right diagnosis and care plan for people affected by glaucoma. It also allows people affected by glaucoma and their family members to have accurate genetic counselling about how the gene change(s) can be inherited in the family and the risk to other family members or future children. For many, this helps them to understand their condition, what caused it and where it came from.

Genetic testing can help parents or future parents access different reproductive options. Relatives of someone with glaucoma can also get tested to see if they carry a glaucoma gene change and are at risk of developing glaucoma at a later age.

Finally, medicine and therapeutic approaches to glaucoma treatment are advancing rapidly. At the moment, treatments that are gene-specific do not exist for glaucoma but they have been developed for other eye diseases such as retinal dystrophies. If they were to be developed for glaucoma, this would mean that glaucoma medications or interventions may address the genetic change that caused glaucoma.

There is still a lot to discover about the genetics of glaucoma. For researchers to discover new genetic findings, they need to examine the genes of as many people and their families affected by glaucoma as they can.

What Are Opportunities for Patients to Get Involved?

The Australian and New Zealand Registry for Advanced Glaucoma (ANZRAG) is a team of researchers investigating the genetic causes of glaucoma, led by Professor Jamie Craig at Flinders University in Australia. People all over the world with glaucoma, and their families, are invited to sign up to the registry and provide a blood or saliva sample for genetic testing.

Any person with any type of glaucoma that was diagnosed at any age can participate in the research at the ANZRAG. You can contact them directly at the ANZRAG or speak with your ophthalmologist. It is also recommended that you speak with your family members and see if they would like to become involved with you. Participating in this research requires a blood or saliva sample for genetic testing. All genetic results are provided by a genetic counsellor and are kept strictly confidential. It is completely free to participate and does not impact the eye care you are already receiving.

The Genetic Study of Eye Diseases is recruiting participants with congenital eye disease, including cataract, glaucoma, anterior segment dysgenesis, and other disorders, and their families in order to identify genetic causes of congenital anterior segment diseases of the eye. Specifically, participants with a history of negative genetic panel testing and/or a positive family history are of high interest.

For those interested in participating in either of these two studies taking place at Bascom Palmer Eye Institute in Miami, Florida, please contact Ta Chen “Peter” Chang at t.chang@med.miami.edu.

Mr. Lachlan Knight is an orthoptist and PhD candidate at Flinders University, Australia. He is researching the genetics of childhood glaucoma and the impact of the disease on the quality of life.

What Causes Vision Loss in Glaucoma?

Innovative Research Leading to a Cure