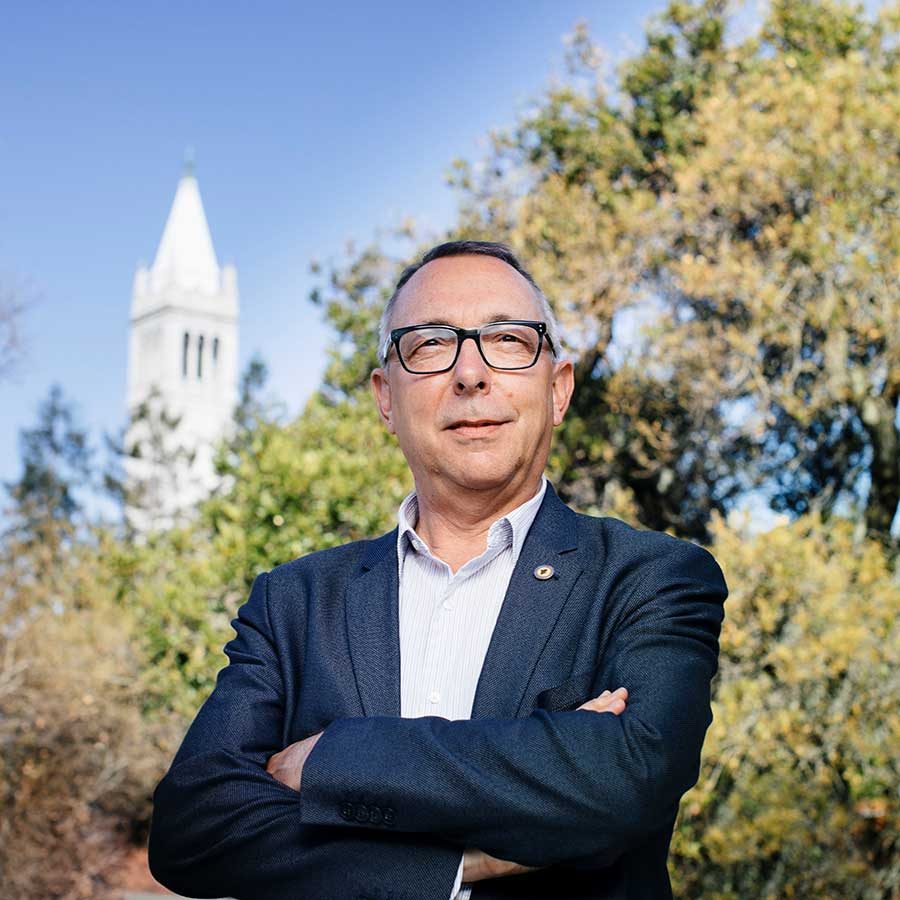 Dr. Flanagan joined the Glaucoma Research Foundation (GRF) Board of Directors in April 2017. He is also the Dean and Professor at the School of Optometry and Vision Sciences at UC Berkeley. It was natural for both GRF and Dr. Flanagan to join forces. “With my background in optometry and its role in glaucoma diagnosis and management, the board saw a good fit,” said Flanagan. “I can bring insights into this community along with thirty years of research experience.”

Flanagan is also actively working to discover new ways to treat glaucoma. His project, entitled “The Role of Lipoxins in Neuroprotection: A Pathway to Understanding Glaucoma,” is dedicated to understanding the pathways and mechanisms by which lipoxins protect the eye and potentially develop new therapeutics for the treatment of glaucoma. In 2017 he was awarded a Shaffer Grant, which will allow his lab to continue its research, even as he lends his voice to GRF.

“I’ve really been fascinated about the role of astrocytes in terms of developing glaucoma.”

The underlying mechanisms of glaucoma are still a bit of a mystery, says Flanagan. There is no one pathway that leads to the disease, which allows for many avenues of investigation. That said, Flanagan has a particular interest in astrocytes, the cells that help form the nerve fiber layer of the retina and optic nerve. Astrocytes are responsible for maintaining normal function in the neurons. When an injury occurs in the nervous system — whether that’s part of the brain or the eye — the astrocytes leap into action, initiating a wound-healing process. This is good and normal, but this reaction can also have negative implications. It can kill off the ganglion cells in the retina, resulting in optic nerve damage.

“That seems to be what’s happening in glaucoma,” says Flanagan, and asks “What in that process can we control or understand that might help us prevent the loss of vision?” There are a few candidate molecules that may be contributing to this cell health-death divide, and Flanagan’s most recent research project focuses on lipoxins, small lipids that appear to contribute to these processes.

Funded by the Shaffer Grant, this study has the potential to yield a much better understanding of what is occurring on a molecular level as glaucoma develops. With a better understanding of these pathways and mechanisms, researchers hope to identify new targets for therapeutics, and it may potentially yield new treatments or even a cure for this degenerative disease.

Thoughts on Glaucoma in the Developing World

“Prognosis improves with early diagnosis and early treatment. In many parts of the world, there’s no access or ability to diagnose early.”

Flanagan has an interest in the global battle against glaucoma. “As one might expect,” he says, “there are different approaches to treatment, research and funding worldwide; in the case of developing world, the greatest difference is access to healthcare. In many countries, adequately trained doctors and diagnostic tools are hard to come by.”

Evidence shows that early diagnosis and treatment improve outcomes. Since glaucoma is painless and asymptomatic, it can go unnoticed until its late stages. When you combine the silent onset with minimal access to health care, very little can be done.

“That’s why it remains a leading cause of irreversible blindness,” says Flanagan, “and the frustration is that we now know enough to know how to diagnose glaucoma early.” Researchers haven’t found a cure for glaucoma, but there is the medication and evidence base on how to slow its progression. This hinges on early diagnosis and early treatment. Researchers are actively working towards earlier diagnosis and the most appropriate treatments in remote areas, which may help bridge this divide between developed and developing countries.

How GRF Helps In The Fight For A Cure

“What we really need is a cure, the ability to stop the damage from progressing.”

Dr. Flanagan’s expertise is bound to help both the organization and the disease as a whole, and his current project has the potential to lead to a cure. GRF funds research that looks at slowing progression and regenerating damaged tissue. Great strides have been made by GRF, says Flanagan, but we still have a long way to go before we finally reach a cure. “We need funding to really push the research forward.” Flanagan urges. “This doesn’t happen without funding.”

Glaucoma Research Foundation has kicked off its “The Cure Is In Sight” fundraising campaign to gather even more resources together for its researchers and scientists. Your generous donation will support the development of the next generation of glaucoma treatments.