Catalyst for a Cure Roundtable (CFC1)

These videos with the Catalyst for a Cure researchers were filmed during a roundtable interview discussion in January 2011 at the Palace Hotel in San Francisco. 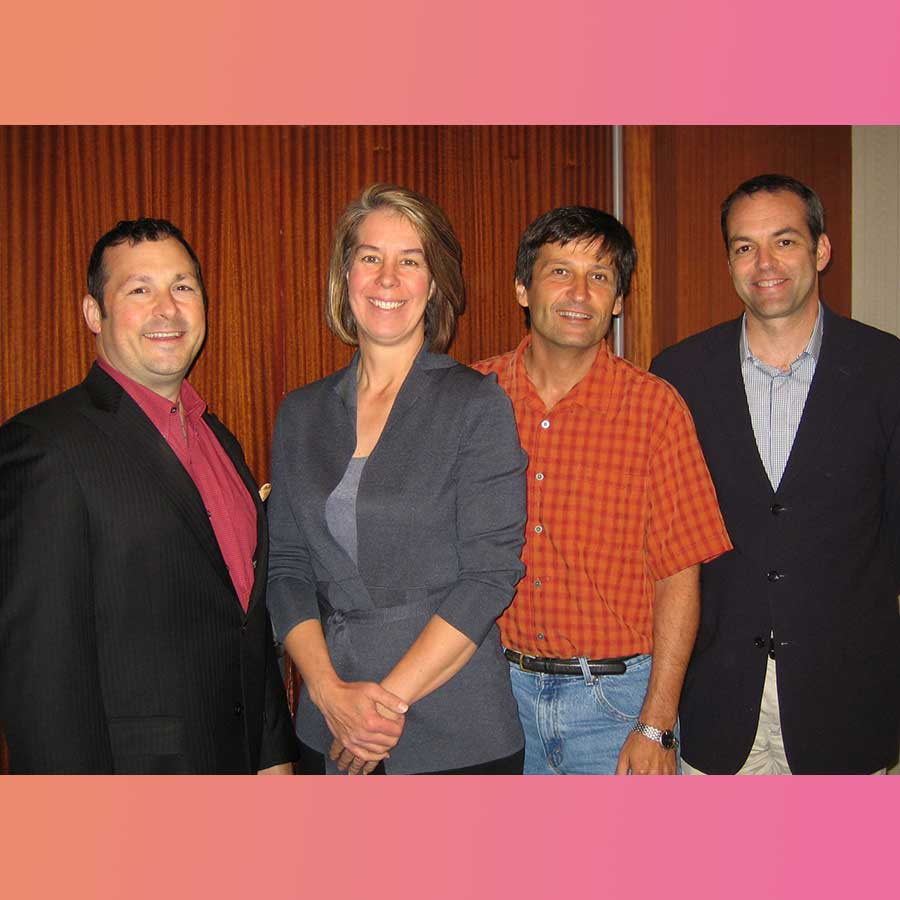 Catalyst for a Cure Roundtable (CFC1)

These videos with the Catalyst for a Cure researchers were filmed during a roundtable interview discussion in January 2011 at the Palace Hotel in San Francisco.

The following videos were taken during a roundtable interview discussion in January 2011 at the Palace Hotel in San Francisco, during a break from the Catalyst for a Cure annual meeting with their scientific advisors.

Monica Vetter, PhD: Right from day one, I have learned so much from my colleagues. Each of us, I think, brings something unique to the table. Dr. Horner, Dr. Marsh-Armstrong, and Dr. Calkins have all been very free in sharing their thoughts and ideas, their input and their criticism.

There are times when I’m sitting, listening to someone talk, and someone else steps in with a comment or a question, and I’m really struck by what I’m getting just from being part of this consortium. I’m learning so much just from participating in that discussion.

And the other thing that I want to emphasize is that it’s not just the investigators here that are part of this. I’ve learned a lot from the rest of the people in my lab as well as in their labs that are really participating in and contributing to this discussion. They are asking the questions, doing the experiments, participating in the analysis, and coming here to these meetings and presenting data as well. And that’s how science works. It’s a team enterprise. No one person can do everything. And I’ve really appreciated the talent and hard work that have gone into the advances that we’ve made.

So we, as investigators, really, are standing on the shoulders of many people in our labs that are doing the work every day — but not just doing the work, really contributing to the advances and thinking about the problem. And that makes it even more exciting. It’s really enriching to bring especially young scientists to the table and be part of their training and their growth and watch them blossom in that process.

What Makes Catalyst for a Cure Unique

Philip Horner, PhD: Typically scientists, we keep our better ideas from our competitors, because science is very competitive. And one wonderful aspect of being in a consortium is that my world is multiplied, in terms of my ability to share data that isn’t ready for prime time, that isn’t ready for publication, to throw out ideas. And we actually do that in a way that Dr. Vetter, Dr. Marsh-Armstrong, and Dr. Calkins can tell me, “That’s a really bad idea,” and we’ll still be friends, we’re still going to work together tomorrow. But we give each other feedback, open feedback, on very early ideas, and that’s very useful because, a lot of times, scientists get a long way down a road before they get to present it to the community and find out maybe it’s not the best idea.

And so here, I think we get to incubate ideas at a very early stage, and it’s very rewarding. Plus, I get insight into what my colleagues are doing and see their very earliest data. And that’s one of the things drives me. Again, my passion is to see those very early looks, new concepts. And I think that’s very unique to consortial type of research.

Nick Marsh-Armstrong, PhD: If I can add to that, one of the things that the Glaucoma Research Foundation has done so well by us, for us, is in providing this opportunity for collaborative research. But even further than that, they have gifted us with a collection of absolutely fantastic advisers. We are just coming from a meeting where we’re sharing some of these very early stage ideas, and we get the critical feedback from other very smart people who care passionately about this disease and, furthermore, from some of the smartest scientists out there, who can critically evaluate what we are proposing, give us their honest opinion, and what they say doesn’t leave the room. That is, we get honest feedback at a very early stage. More of that should happen in science, and it doesn’t. But we are gifted by having this opportunity to do what we consider to be very high quality and important work.

Catalyst for a Cure is on the Cutting Edge

Nick Marsh Armstrong, PhD: I think that none of us would be studying glaucoma were it not for the Glaucoma Research Foundation bringing us in. We were outside experts, and we were brought into the field of glaucoma by the Glaucoma Research Foundation. I think that now, we, as a collective, have some of the most significant advances in our understanding of the disease. There are lots of other very significant advances and a lot of other very talented researchers who study glaucoma, but I think it’s fair to say that we are among the leaders in driving this field forward. I think we are on the cutting edge of our scientific understanding of what glaucoma is and how it will be treated, and none of that would have been possible without the Glaucoma Research Foundation. So, thank you.