In a recent study, David Calkins, PhD discovered that the first sign of injury in glaucoma actually occurs in the brain. 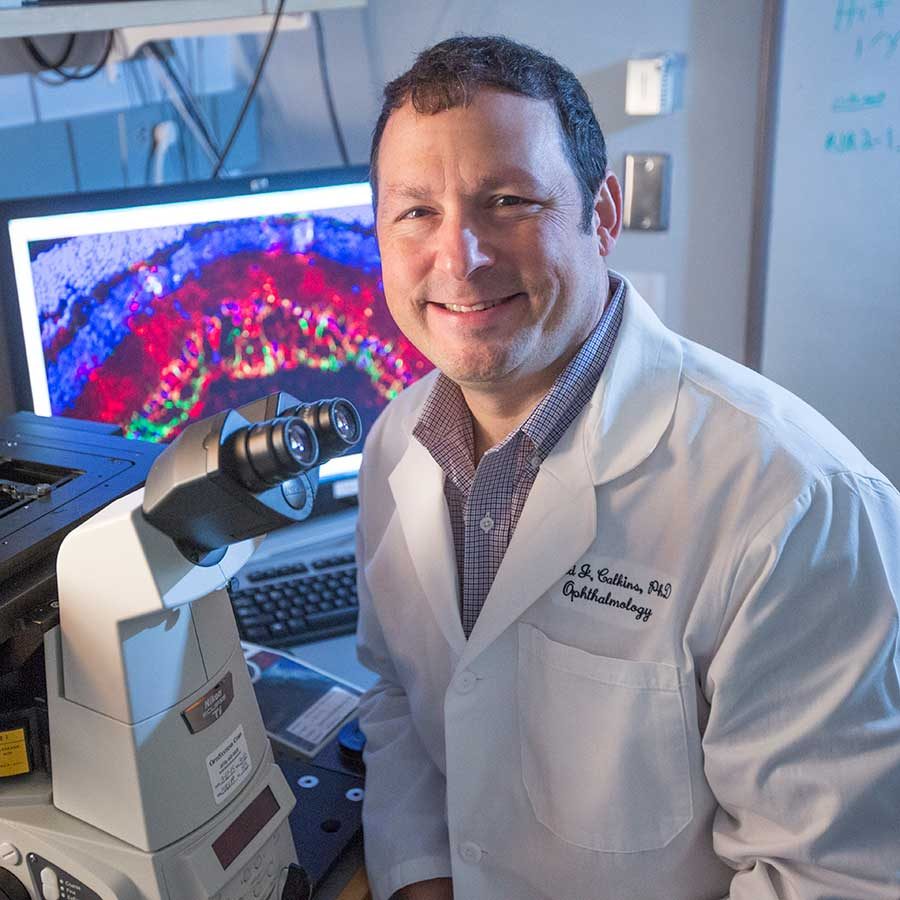 In a recent study, David Calkins, PhD discovered that the first sign of injury in glaucoma actually occurs in the brain.

Researchers at the Vanderbilt Eye Institute are now a step closer to deciphering a leading cause of blindness in the United States — glaucoma. In a recent study, David Calkins, PhD, director of Research at the VEI, discovered that the first sign of injury in glaucoma actually occurs in the brain.

Glaucoma is generally considered a disease of the eye in which sensitivity to ocular pressure causes damage to the retina and optic nerve, which are components of the central nervous system and do not regenerate. The damage begins in the peripheral visual field and progresses toward the center resulting in complete blindness unless detected early. For this reason, degeneration in glaucoma is often hard to detect.

The report in the March 2010 Proceedings of the National Academy of Sciences describes recent experiments in which Calkins’ laboratory shows that glaucoma is very much like other central nervous system diseases.

“This is a paradigm shift on how we think about this disease,” said Calkins, associate professor of Ophthalmology at VEI and a member of the neuroscience program. “This will have global implications. This information opens up an entirely new domain of nerve-derived therapeutics.”

Combining this new understanding of where the first neuronal injury for glaucoma occurs, with the fact that the incidence of injury increases with age, researchers now have insight into how the loss of sensory function occurs in normal aging.

Traditionally, glaucoma therapies have focused on lowering ocular pressure within the eye. But the recent PNAS study gives credence to taking a new direction of study focusing on neuronal activity in the middle of the brain where the optic nerve forms its first connections.

“This is very exciting work that demonstrates that we must consider not just the eye, but also the brain, in our efforts to understand blinding diseases such as glaucoma,” said Paul Sternberg, MD, chair of Ophthalmology and Visual Sciences and director of VEI. “We are optimistic that Dr. Calkins’ neurobiological approach will lead to new targets for potential treatment of this devastating condition.”

Calkins explained that in other age-related diseases, like Alzheimer’s and Parkinson’s, the most significant contributor to neuronal susceptibility to injury is age.

“In these diseases, the injury to neurons occurs very early in the distal projections in a process called dying back. In dying back, the neuronal axon loses its ability to communicate with the target.

“In the case of glaucoma, we have showed that the axons in the optic nerve lose their ability to communicate with their projection site in the mid-brain.”

Calkins’ team expected to find a loss of communication in the optic nerve of the eye, but what they also discovered was that the connectivity between the optic nerve and the brain was dying first.

Using animal models with high pressure glaucoma, the team was able to see that a very early mechanism of vision loss involves the loss of communication between the optic nerve and the mid-brain, where sensory information about sound, heat, cold, pain and pressure originate.

“If you followed the disease long enough, eventually the optic nerve, then the retina, show signs of degeneration,” said Calkins. “So the degeneration works in reverse order. It starts in the brain and works its way back to the retina so that in the very latest stages of the disease, the earliest structures, the ones nearest the eye, are the last to go.”

Now the team is working on finding drugs that can improve or restore the connectivity between the optic nerve and the mid-brain. Using both synthetic compounds and natural nerve growth factors such as Brain-Derived Neurotrophic Factor (BDNF), the team is examining how to restore communication in the pathway.

According to National Eye Institute projections, by the year 2020, 80 million people worldwide will have glaucoma. The risk of vision loss in glaucoma cases increases sevenfold after the age of 55.

Since 1915 there have been fewer than a dozen articles about glaucoma published in PNAS, said Calkins.

“People really thought we were crazy when we first suggested that the first signs of injury for glaucoma were in the brain,” he said. “What this discovery does is to allow us to view this disease through the same lens that we view other age-related neurodegenerative disorders.”

The study, which also introduces the possibility of using MRI scans as an early diagnostic tool, was funded by a grant from the Melza M. and Frank Theodore Barr Foundation through the Glaucoma Research Foundation, and the National Eye Institute. 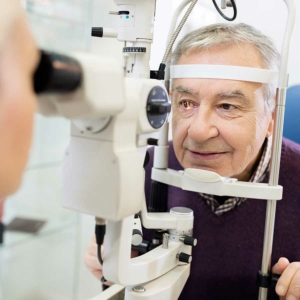 Can Glaucoma Be Cured?