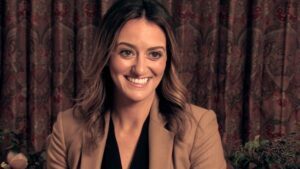 The Glaucoma Research Foundation’s mission is to cure glaucoma and restore vision through innovative science. For more than 40 years, we have funded groundbreaking laboratory and clinical research that is changing the course of glaucoma care. Our work would not be possible without the generosity and dedication of people around the world who share our deep commitment to a future free from glaucoma, for everyone.

What Does It Take to Innovate?
Patients, donors, and leaders in glaucoma discovery and care explore what it means to share the mission of Glaucoma Research Foundation.

Founded in 1978 in San Francisco, the Glaucoma Research Foundation (GRF) was created to encourage innovative research to find better ways to care for people with glaucoma — the leading cause of preventable blindness.

H. Dunbar Hoskins Jr., MD is former Executive Vice President of the American Academy of Ophthalmology and Board Director Emeritus for the Glaucoma Research Foundation. In San Francisco in the 1970s, Dr. Hoskins was a partner in a practice led by Robert Shaffer, MD (1912-2007), one of only a handful of ophthalmology practices in the country specializing in glaucoma. John Hetherington, Jr., MD (1930 – 2020) was also a partner in the practice at the time.

In 1961, Shaffer had already distinguished himself as one of the leading clinicians in glaucoma when, working with Dr. Bernard Becker, he wrote the definitive text, Diagnosis and Therapy of the Glaucomas.

“We weren’t seeing enough hope for our patients back then,” remembers Dr. Hoskins. “We desperately needed better treatments. But there weren’t that many researchers interested in the field. We knew we needed some breakthroughs, and urgently. But we also knew we needed to expand the field of glaucoma research and bring more innovative thinkers. We thought this kind of entrepreneurial research would be a catalyst for others, and we could accelerate the rate of discovery.”

And so, in 1978, Drs. Shaffer, Hoskins and Hetherington founded the Glaucoma Research Foundation, now America’s oldest and most experienced national institution dedicated solely to its mission: to cure glaucoma and restore vision through innovative research.

From our founding up until today, and into the future, we’ve relied on the generous support of the community, and more importantly, on your active involvement to raise awareness, spread the word of our mission, and encourage others to aid our goal of curing glaucoma. The heart of our history has been the people who get involved. 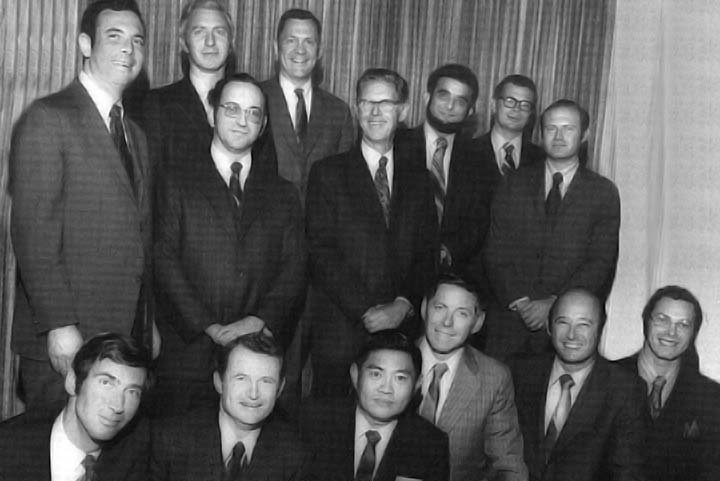 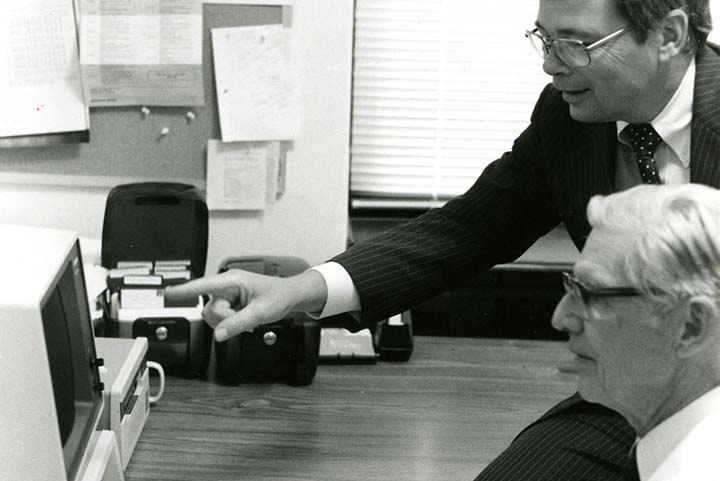 Dr. Hoskins and Dr. Shaffer established a prototype of electronic medical records at the Shaffer practice in the 1990s. 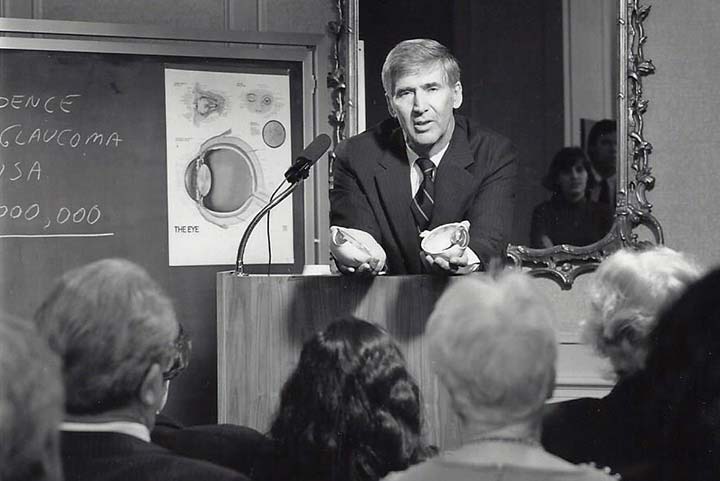 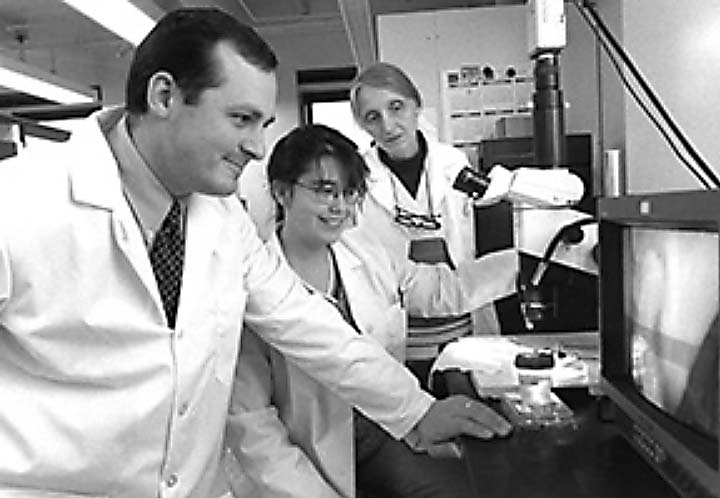 David Calkins, PhD’s laboratory at Vanderbilt University, part of the first Catalyst for a Cure team, helped to identify glaucoma as a neurodegenerative disease and developed experimental neuroprotective therapies. 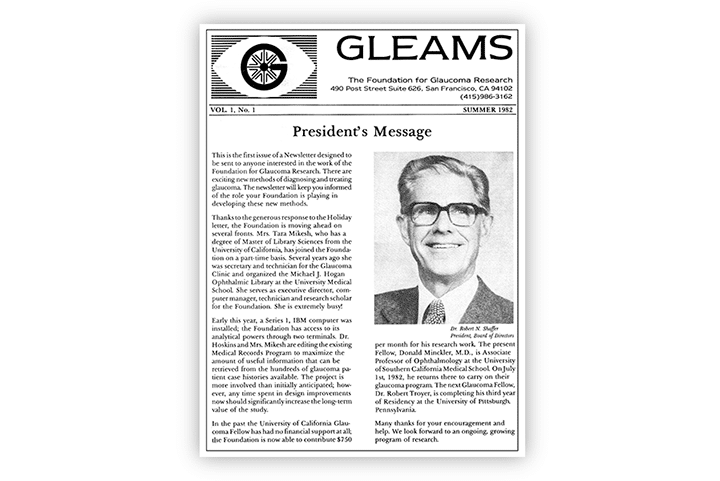 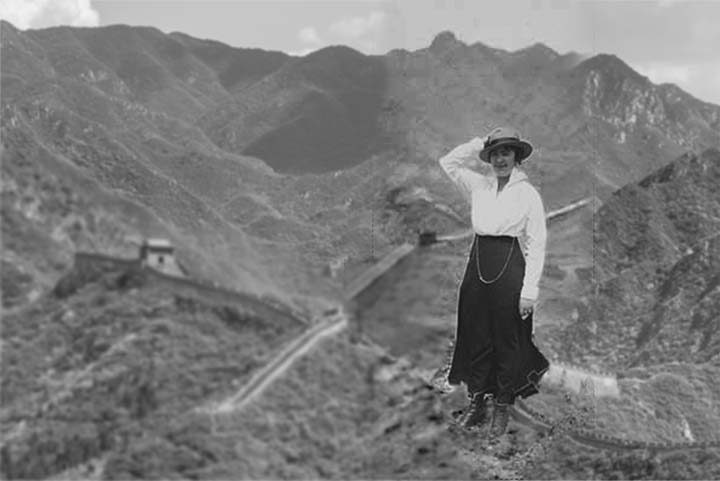 The Blanche Matthias Society, named in honor of our beloved financial founder, was established to specially acknowledge bequests and donors who notify us of planned giving, which is so critical to our mission. 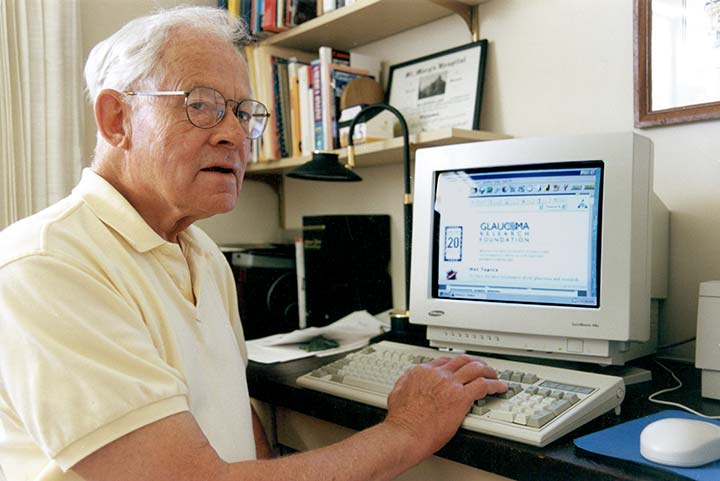 The GRF website www.glaucoma.org launched in 1996 as a comprehensive resource for patients and researchers. Today, our website has four million visits annually. 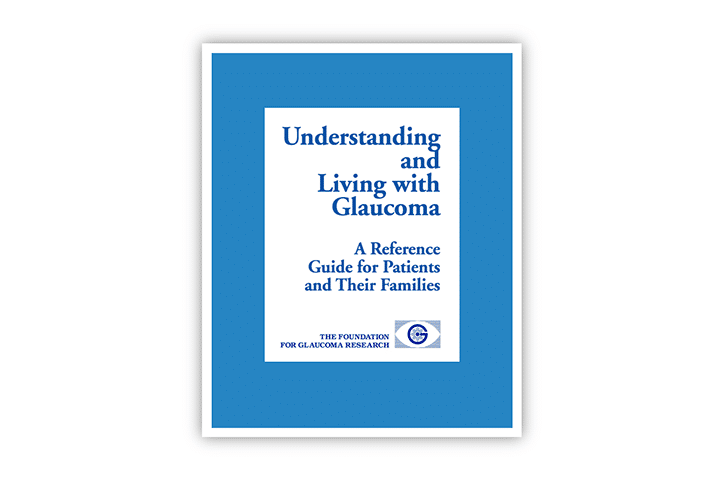 Understanding And Living With Glaucoma, the definitive resource for newly diagnosed glaucoma patients, was first published in 1983. Today, 22 editions have been printed and millions of booklets have been distributed. 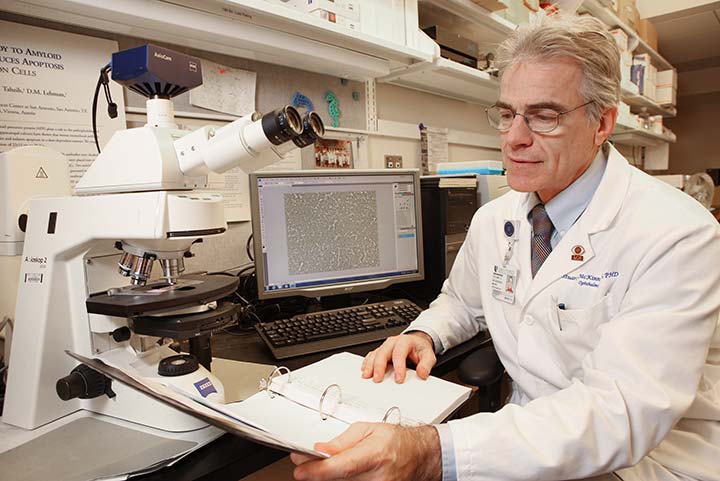 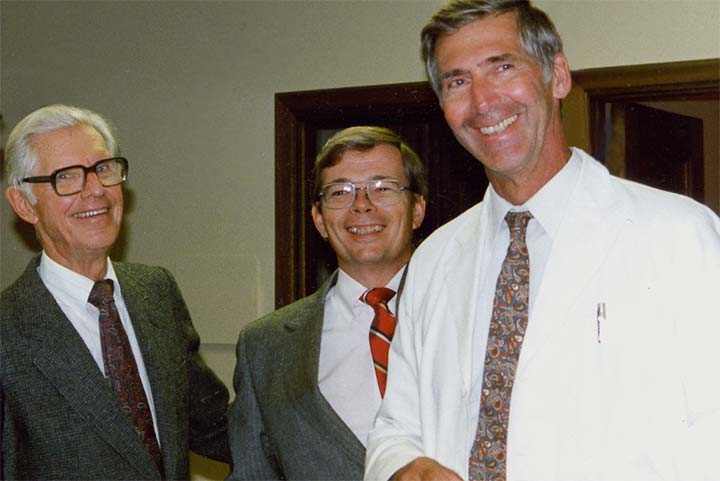 In 1978, Drs. Shaffer, Hoskins, and Hetherington founded the Glaucoma Research Foundation, now America’s oldest and most experienced national institution dedicated solely to its mission: to cure glaucoma and restore vision through innovative research. 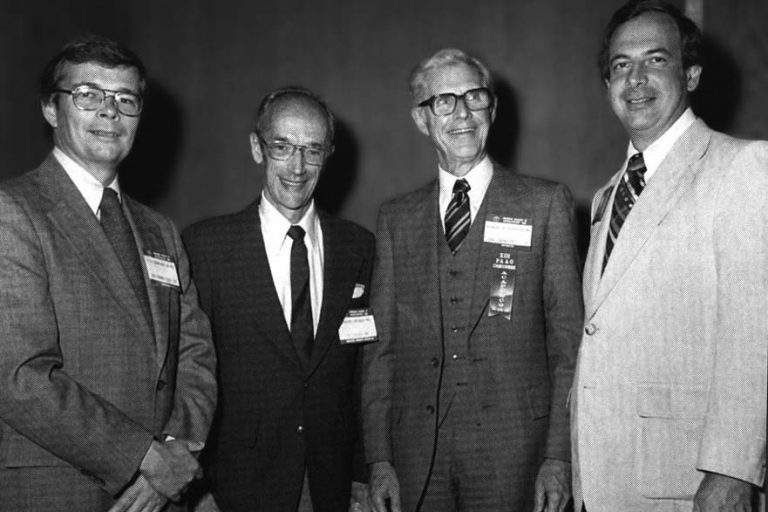 Since 1980, the American Academy of Ophthalmology has presented a named lecture in honor of pioneering glaucoma specialist Robert N. Shaffer, MD in conjunction with their annual meeting. 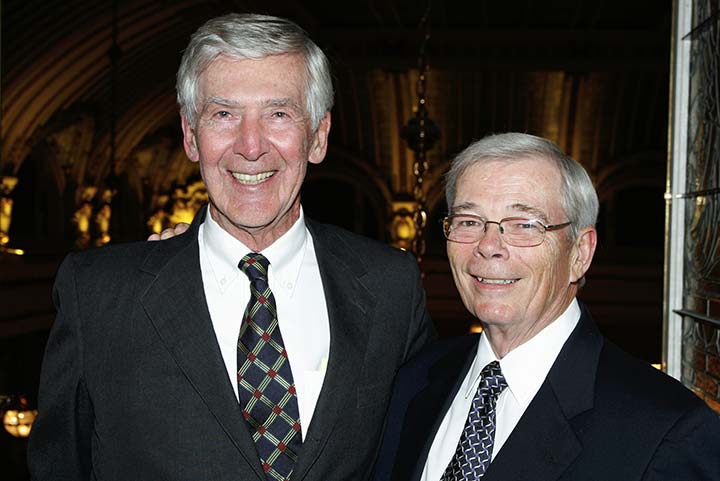 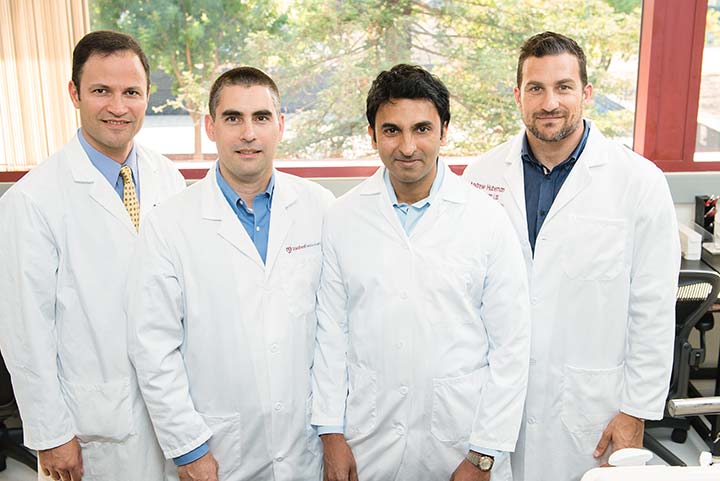 In 2012, GRF recruited a second team of Catalyst for a Cure scientists to identify and test new speciﬁc and sensitive biomarkers to detect and monitor glaucoma. 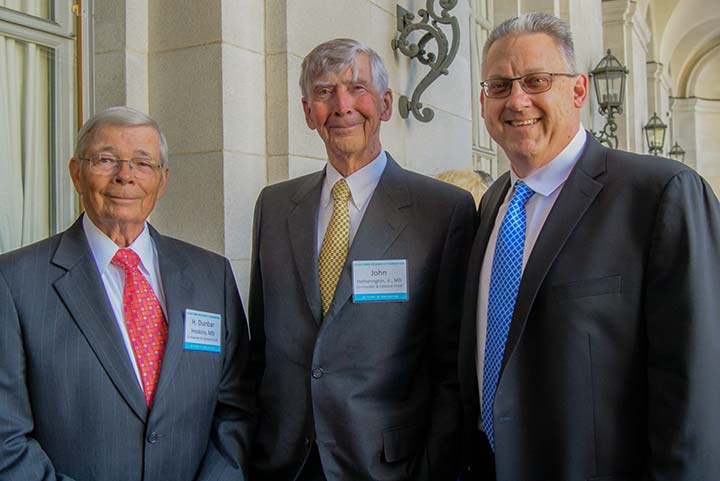 GRF co-founders Dr. Hoskins and Dr. Hetherington, with GRF Board Chair Dr. Andrew Iwach, enjoy the reception at the 2018 Board of Directors dinner in San Francisco. 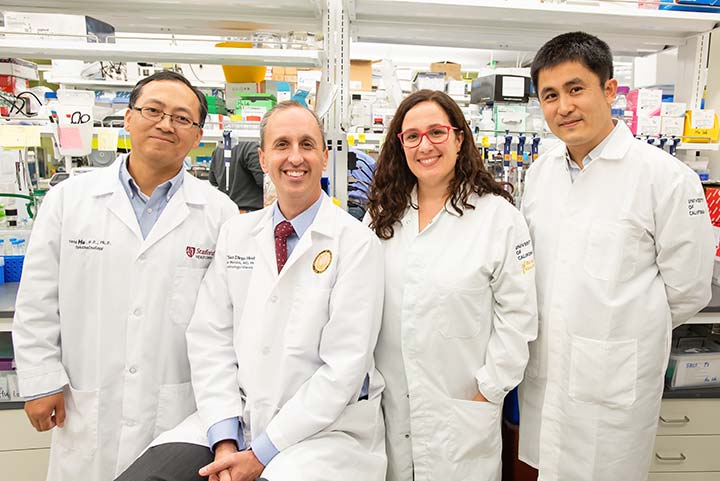 The Catalyst for a Cure Vision Restoration team launched in 2019 to study what specifically causes vision loss in glaucoma and identify targeted interventions for protecting and restoring vision. 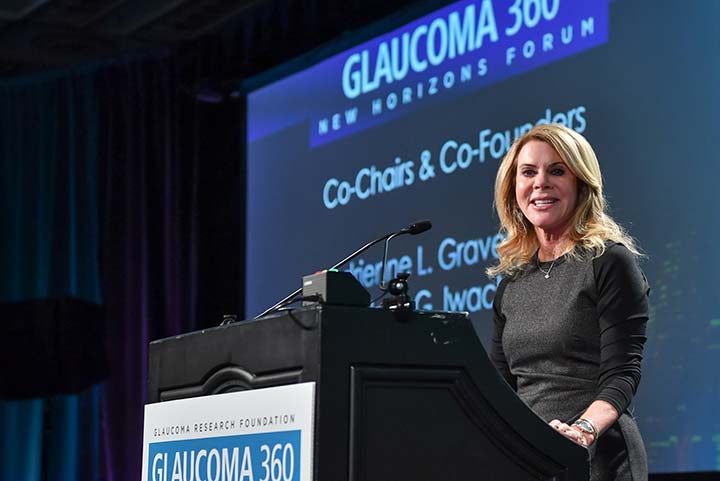 The annual Glaucoma 360 event launched in 2012 to inspire philanthropy, innovation, and collaboration toward development of new therapies and diagnostics for glaucoma patients. 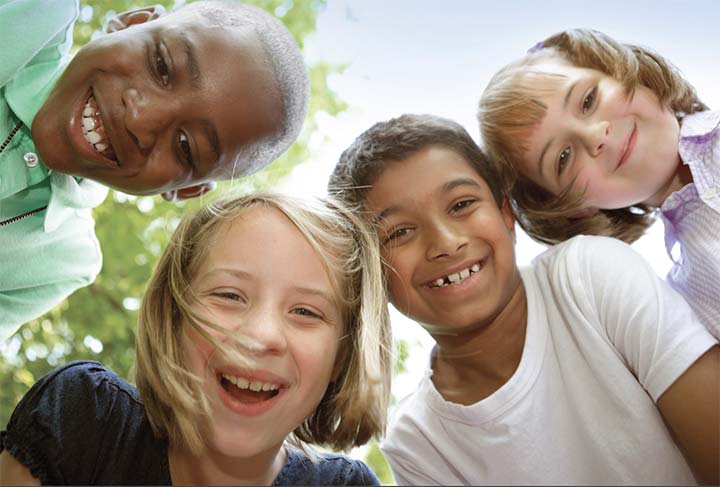 From 2014 to 2020, with more than 27,500 contributions to The Cure is in Sight Campaign, GRF raised $25 million to advance innovative research and patient education programs. 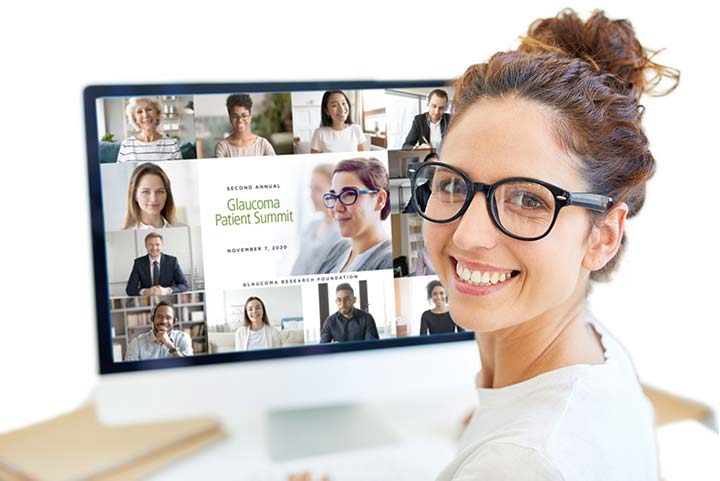 The annual Glaucoma Patient Summit launched is 2019 to highlight advances in treatment options and practical information to help patients understand and live with glaucoma. 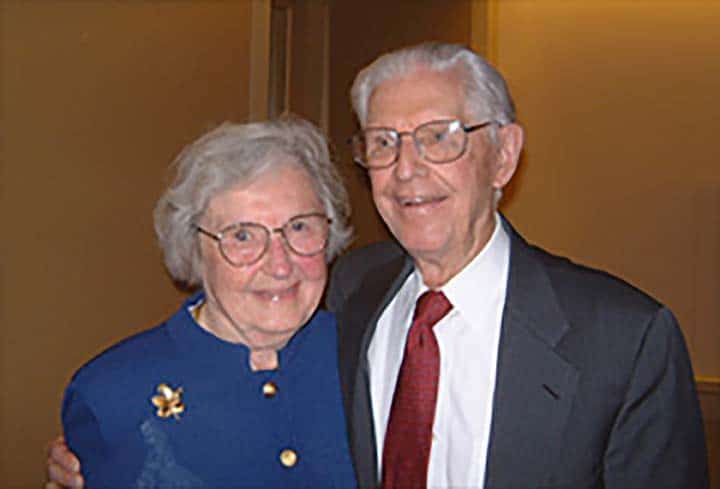 Virginia and Robert Shaffer were married 68 years before Dr. Shaffer passed away in 2007. They often welcomed the glaucoma fellows into their family’s warm and friendly home. 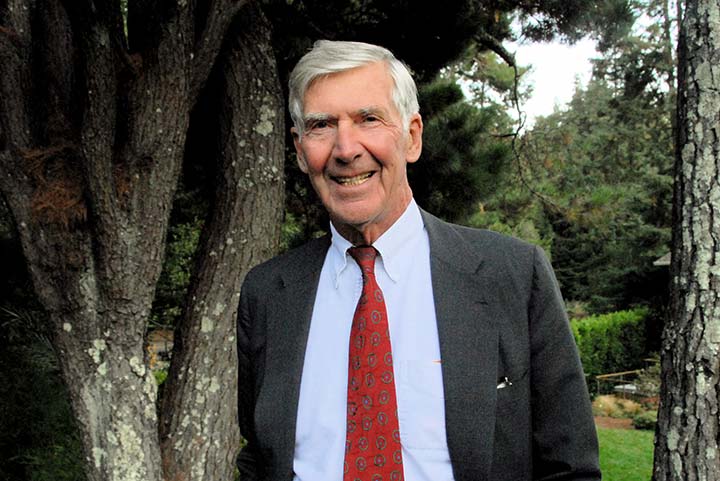 In 2008, John Hetherington, Jr., MD (1930-2020) was awarded the GRF Visionary Award for exemplary leadership in science and research. 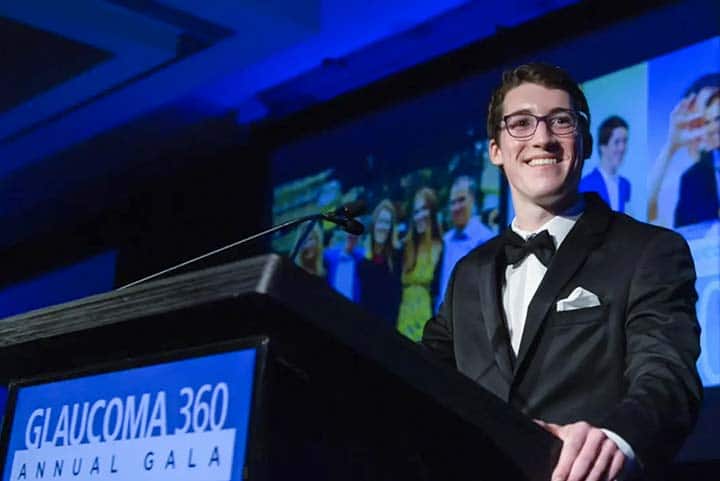 17 years ago, when Christopher Wilmoth was 7 months old, he was diagnosed with glaucoma. At the 2020 Annual Gala, his family received the President’s Award for their commitment to research, education, and advocacy.

Following are some of the innovations and research results that Glaucoma Research Foundation has achieved since its founding in 1978.

1978
The BeginningIn 1978, Drs. Shaffer, Hoskins, and Hetherington founded the Glaucoma Research Foundation, now America’s oldest and most experienced nonprofit dedicated solely to its mission to cure glaucoma.
1978
Shaffer Glaucoma Fellowship EstablishedThe Shaffer Glaucoma Fellowship was established by GRF founder and world-renowned glaucoma specialist Dr. Robert N. Shaffer to inspire young ophthalmologists to study glaucoma.
1982
Gleams Newsletter PublishedGleams, GRF’s free newsletter, was first published in 1982. Today, Gleams reaches 120,000 subscribers in print and email editions.
1983
Understanding Glaucoma Booklet – First EditionThe first edition of the guide Understanding and Living with Glaucoma is published. Today, 22 editions have been printed and millions of booklets have been distributed.
1992
First Glaucoma Research Catalyst MeetingIn 1992, GRF convened researchers for the first Glaucoma Research Catalyst Meeting. Over the years, GRF would hold more Catalyst Meetings to inspire research innovation.
1996
Website DebutThe GRF website launched in 1996 as a comprehensive resource for patients and researchers. Today, our website has four million visits annually.
1997
Researchers Isolate TIRG GeneIn a GRF-funded collaborative study, researchers isolate the TIGR gene, found to be responsible for some forms of juvenile and adult glaucoma.
1998
GRF Funded Collaborative Normal Tension Glaucoma StudyGRF funded the Collaborative Normal-Tension Glaucoma Study, the first multi-center clinical trial that documented the effectiveness of lowering IOP to prevent vision loss.
2000
Researchers Stimulate Damaged Optic NerveWith funding from GRF, researchers at Children’s Hospital and Harvard University Medical School in Boston, MA uncover a way to stimulate the damaged optic nerve and thus regenerate the nerve to a much greater extent than ever before.
2001
Researchers Study Way To Protect Optic NerveWith project funding provided by GRF, the Weizmann Institute of Science researchers in Rehovot, Israel, conduct a study demonstrating that vaccination with a compound normally used to treat multiple sclerosis may be able to protect the optic nerve.
2002
Catalyst For A Cure Research Program CommencesThe Catalyst for a Cure research program commenced in 2002, an innovative approach in which scientists at 4 prestigious university laboratories work in real-time collaboration to speed progress toward a cure.
2006
Hypotheses Reported For How Glaucoma Is InitiatedCatalyst for a Cure research team reports development of three new hypotheses for how glaucoma is initiated and where new therapeutic targets can be found.
2006
Study Shows That Glaucoma Shares Common CharacteristicsCatalyst for a Cure studies indicate glaucoma shares common characteristics with other neurological disorders.
2007
Presentations At International Eye Research MeetingGRF-funded scientists make 20 presentations at major international eye research meeting.
2008
Researchers Conduct Effective InterventionsGRF-funded researchers conduct two effective interventions in a model of glaucoma.
2010
First International Catalyst MeetingGRF holds international Catalyst Meeting in which leading experts discuss and share ideas for new directions in glaucoma research.
2011
First Sign Of Injury In GlaucomaCalkins laboratory at Vanderbilt reports in published study that the first sign of injury in glaucoma occurs in the brain.
2011
A Window Of OpportunityCatalyst for a Cure researchers identify a window of opportunity for preventing vision loss in the very early stages of glaucoma progression.
2012
The Inaugural Glaucoma 360The annual Glaucoma 360 event launched in 2012 to inspire philanthropy, innovation, and collaboration toward development of new therapies and diagnostics for glaucoma patients.
2012
Second CFC Team RecruitedIn 2021, GRF recruited a second team of Catalyst for a Cure scientists to identify and test new speccific and sensitive biomarkers to detect and monitor glaucoma.
2012
A Critical “Tipping Point” ReportedCFC research team reports that the onset and speed of vision loss in glaucoma depends upon a critical “tipping point” that involves a delicate balance between the metabolism of the retina and optic nerve and communication between individual cells.
2014
New Glaucoma Biomarkers IdentifiedCFC ressearchers identify new glaucoma biomarkers and develop technology to accurately measure biomarkers in glaucoma patients.
2015
Early Retina Cell Changes IdentifiedEarly retina cell changes in glaucoma identified by Catalyst for a Cure research lab. Published study points to the specific structural features and cell types in the retina that may act as key factors in glaucoma progression.
2019
Third CFC Team RecruitedA new team of Catalyst for a Cure researchers embark upon vision restoration and finding a curefor glaucoma based on work of their predecessors.
2020
Possible New Therapies ReportedResearchers in the Catalyst for a Cure Vision Restoration team report in a study published December 14, 2020 in PNAS (The Proceedings of the National Academy of Sciences) that by inhibiting a particular family of enzymes, it may be possible to develop new therapies for treating neurodegenerative diseases including glaucoma and Alzheimer’s.

The Glaucoma Research Foundation Board of Directors and staff regularly review, evaluate and envision the next chapter in our mission. Our current strategic plan provides a framework for action, and will ensure the Foundation’s continued success and accomplishment.

ResearchIncrease and accelerate innovative research for improved therapies, vision restoration, and a cure. 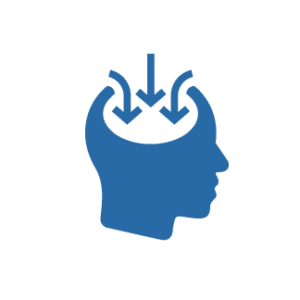 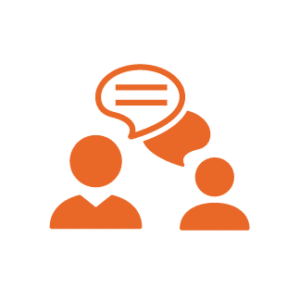 Inform and engage constituents as well as the general public by communicating the Glaucoma Research Foundation mission, programs, and success. Increase national and international awareness of glaucoma. 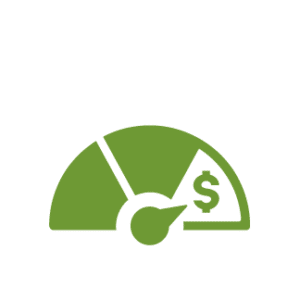 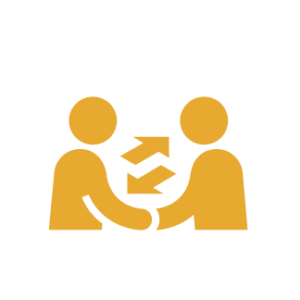 Develop board membership to ensure a cadre of enthusiastic advocates who represent various constituencies impacted by glaucoma. 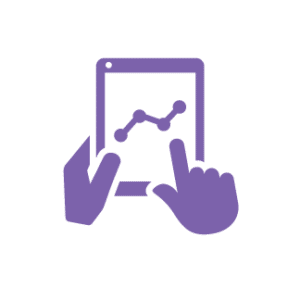 Strive to continuously improve the effectiveness of the Foundation’s investments in research, education and support, communication, and board engagement with metrics reported regularly to the board.

For a complete copy of the Strategic Plan, please contact Nancy Graydon, Executive Director of Development and Chief Operating Officer.