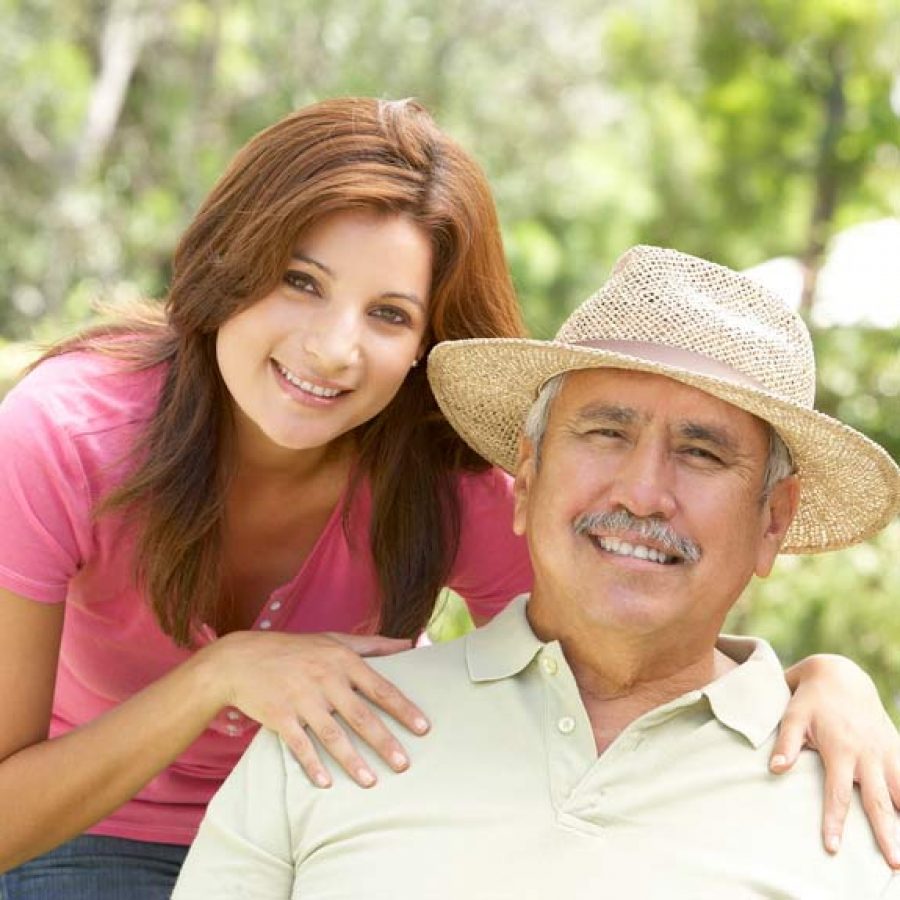 Several significant studies have been conducted to better understand risk of vision loss from glaucoma in Caucasians and African Americans, but until recently, less was known about prevalence and severity of the disease in the Hispanic population — the second largest minority group within the United States.

Hispanics comprise 18 percent of the U.S. population and are the fastest growing ethnic minority in the country. It is projected that the number of Hispanics residing in the United States will reach 106 million by 2050.

A study conducted by a group from the Wilmer Eye Institute, Johns Hopkins University in residents over the age of 40 years residing in two counties of Southern Arizona indicated that open-angle glaucoma is the leading cause of blindness among Hispanics.

Open-angle glaucoma is the most common form of glaucoma, affecting over three million Americans. This study, named Proyecto Ver, also reported that only 38% of Hispanics with glaucoma were aware of their disease. Older age was found to be a very important risk factor for the development of glaucoma in this population of Hispanics.

The Los Angeles Latino Eye Study, another large prevalence study funded by the National Eye Institute reported an overall prevalence of open-angle glaucoma among Hispanics to be nearly five percent — similar to that found amongst African Americans (glaucoma is reported to be at least four times more common in African Americans than in Caucasians).

The LALES, like Proyecto Ver reported that Hispanics over age 60 are at particularly high risk of glaucoma. Approximately 75% of Hispanics with glaucoma in LALES were not aware that they had the disease.

EyeCare America, a public service program of the Foundation of the American Academy of Ophthalmology, has highlighted the fact that most Hispanic Americans are unaware they are at higher risk for glaucoma than Caucasian Americans. The National Americans Eye Health and Eye Disease Survey found that 76 percent of Hispanics did not know that their ethnicity was a risk factor for glaucoma.

The National Eye Institute reports Latinos have higher rates of developing visual impairment, blindness, diabetic eye disease, and cataracts than non-Hispanic whites, researchers found. These are the first estimates of visual impairment and eye disease development in Latinos, the largest and fastest growing minority population in the United States.

The research was part of the Los Angeles Latino Eye Study (LALES), which was supported by the National Eye Institute (NEI), part of the National Institutes of Health. LALES began in 2000 as the nation’s largest and most comprehensive study of vision in Latinos.

“This study showed that Latinos develop certain vision conditions at different rates than other ethnic groups,” said Rohit Varma, M.D., M.P.H., principal investigator of LALES and director of the Ocular Epidemiology Center at the Doheny Eye Institute, University of Southern California. “The burden of vision loss and eye disease on the Latino community is increasing as the population ages, and many eye diseases are becoming more common.”

Hispanics numbered 45 million in the United States as of 2007, according to the Census Bureau. In the current phase of LALES, researchers examined more than 4,600 Latinos four years after they initially enrolled in the study to determine the development of new eye disease and the progression of existing conditions, including visual impairment, blindness, diabetic eye disease, age-related macular degeneration, and cataracts.

Participants were mainly of Mexican descent, age 40 and older, and living in the city of La Puente, Los Angeles County, Calif. Study results were published in four papers in the May issue of the American Journal of Ophthalmology.

“These data have significant public health implications and present a challenge for eye care providers to develop programs to address the burden of eye disease in Latinos,” said NEI Director Paul A. Sieving, M.D., Ph.D. “NEI has a strong record of commitment to educating the Latino community and health care providers about eye diseases through its National Eye Health Education Program, and will continue to make this a priority.”

LALES researchers found that over the four-year interval, Latinos developed visual impairment and blindness at the highest rate of any ethnic group in the country, when compared with estimates from other U.S. population-based studies. Overall, nearly 3 percent of Latinos developed visual impairment and 0.3 percent developed blindness in both eyes, with older adults impacted more frequently. Of Latinos age 80 and older, 19.4 percent became visually impaired, and 3.8 percent became blind in both eyes.

Researchers found that Latinos who already had visual impairment, blindness, or diabetic retinopathy in one eye when they began the study had very high rates of developing the condition in the other eye during the study. More than half of participants who already had diabetic retinopathy in one eye developed it in the other eye.

“These results underscore the importance of Latinos, especially those with diabetes, getting regular, dilated eye exams to monitor their eye health,” Varma said. “Eye care professionals should closely monitor Latinos who have eye disease in one eye because their quality of life can be dramatically impacted if they develop the condition in both eyes.”

However, Latinos in the study had low rates of early and late age-related macular degeneration (AMD) development. Less than 8 percent developed early AMD and less than 1 percent developed late AMD, though the chance of developing AMD did increase with age. Compared with other population-based studies, Latinos in LALES were half as likely to develop early AMD and one-third as likely to develop late AMD as non-Hispanic whites.

Asians Also At Risk for Glaucoma

While open-angle glaucoma is the most common form of glaucoma among Hispanics, Caucasians and African Americans, another form of glaucoma known as acute angle-closure glaucoma has traditionally been more common in certain Asian populations and Americans of Asian descent.

In angle-closure glaucoma the drainage canals get blocked resulting in the eye pressure rising very quickly, often resulting in sudden severe eye pain and vision loss. By contrast, in open-angle glaucoma, the eye’s drainage canal gradually becomes clogged over time, and the pressure within the eye slowly rises because the correct amount of fluid can’t drain out of the eye.

Most individuals with open-angle glaucoma have no symptoms and no early warning signs, and if it is not diagnosed and treated, it can cause a gradual loss of vision which goes without notice until the very late stages when it is more difficult to preserve remaining vision.

A recent increase in open-angle glaucoma in individuals of Chinese ancestry has been linked to the increase in myopia, or nearsightedness, in this population.

National organizations such as the National Eye Institute, EyeCare America, and the Glaucoma Research Foundation are working to raise awareness in the Hispanic community about the higher risk of glaucoma, especially for those over age 60.

Because glaucoma is a disease that will gradually steal vision and often has no symptoms, it is important for anyone at higher than average risk to have a complete eye examination every one to two years.

Kuldev Singh, MD, MPH is Professor of Ophthalmology at Stanford University where he is the Director of Glaucoma Service.

How to Know If You’re at Risk for Glaucoma