Science Fiction May Hint at Vision-Restoring Prostheses for Glaucoma Patients

Researchers are developing and validating new technologies that could enable less invasive approaches for vision prosthetics. 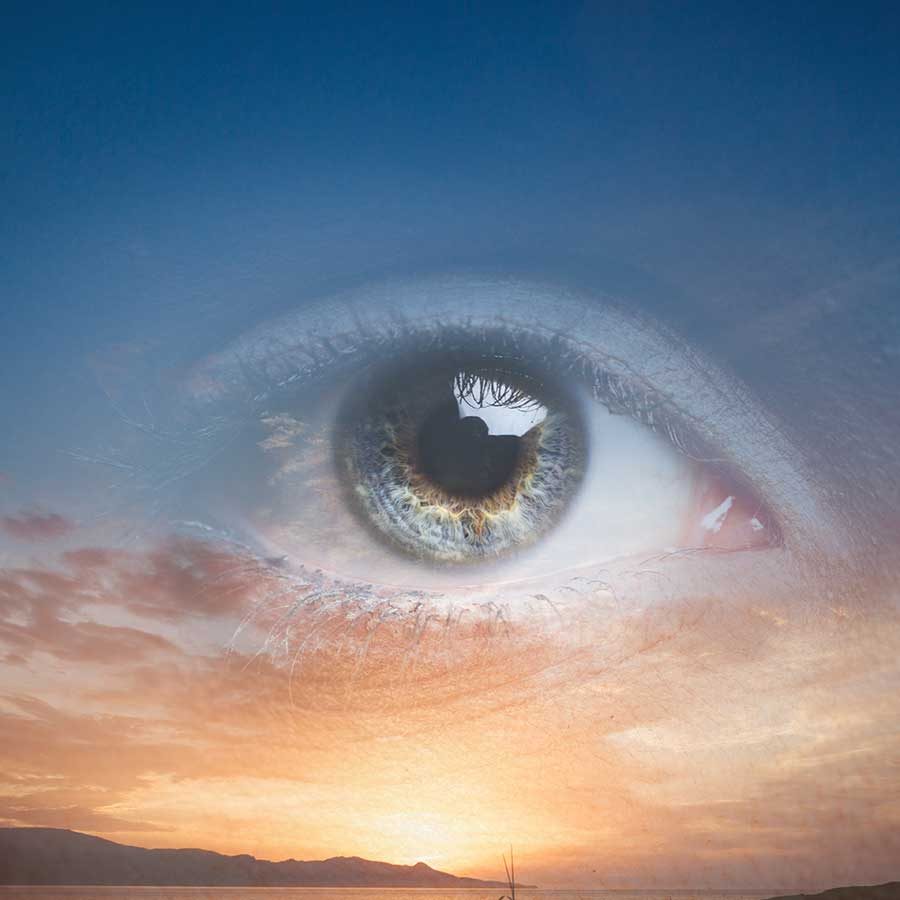 Science Fiction May Hint at Vision-Restoring Prostheses for Glaucoma Patients

Researchers are developing and validating new technologies that could enable less invasive approaches for vision prosthetics.

Often the only difference between science fiction and scientific fact is the passage of time. Everything from tanks and moon rockets to satellites and nuclear submarines were conjured first in the pages of science fiction stories. One long-standing science fiction franchise has predicted more real technologies than any other: Star Trek. Flip phones, touchscreen tablets, flat-screen televisions, cloaking devices, and more were all first seen on the show. And now, we are seeing the beginnings of a new technology emerge: the development of a functional visual prosthetic.

Much like Geordi La Forge’s visor in Star Trek: The Next Generation, this device will completely bypass the patient’s damaged retina and optic nerve and send visual signals directly to the visual cortex of the brain. Consider that possibility for a moment. A blind glaucoma patient might one day get up in the morning, put on a prosthesis like I would put on my glasses, and read the newspaper over coffee. They could go to a movie and actually watch the action. They could watch their children and grandchildren grow up. What would that be worth?

For the United States Department of Defense, it’s worth quite a lot. There are currently three research teams working under a grant from a congressionally-directed medical research program. The goal is “to fund projects exploring novel technologies that will contribute to a working visual prosthesis prototype for individuals who have sustained severe macular degeneration and/or traumatic eye injury,” said Dr. Kenneth Bertram of the U.S. Army Medical Research and Materiel Command. “When the eye and optic nerve are severely damaged, the hope of a cortical visual prosthetic is that by directly stimulating the brain’s visual cortex, it can restore sight. We are very pleased that our initial funding brings us three different approaches to the development of visual prostheses.”

Their goal is to restore sight to wounded veterans traumatically blinded in combat, but once approved for use this technology may have applications for those blinded by glaucoma and other optic nerve damaging diseases.

One team has already paved the way for a visual prosthetic. Through a collaboration between Harvard Medical School and the Massachusetts Institute of Technology, Joseph F. Rizzo III, M.D. and his team of researchers on the Boston Retinal Implant Project (BRIP) have already developed a wireless, implantable neural prosthesis for use in the retina. The only setback is that this technology relies on a functional optic nerve. To attempt to adjust this, Dr. Rizzo’s team is going to develop and test a prosthesis to electrically stimulate the lateral geniculate nucleus, which is an important part of the brain’s visual processing pathway, allowing signals to skip over the damaged optic nerve and reach visual centers in the brain.

Meanwhile, Dr. Andrew Weitz and his team from the University of Southern California Roski Eye Institute have focused on the problem of generating clear images with a cortical visual prosthesis. Current technology often gives an inaccurate image polluted by multiple spots of light. To solve this problem, Dr. Weitz’s team developed a novel fluorescence imaging technique to map the patterns of cells that are activated by electrical stimulation. Using this technique in the retina, they identified varying stimulus waveform shapes that avoid axons and confine the retinal activation to the area around the electrode. Now the team is developing waveforms that will enable them to repeat this success in the visual cortex. This will allow them to design microelectronic arrays and a stimulus generator for a prototype cortical visual prosthesis in order to create visual field images that better match the world in front of the subject.

The third team, led by Dr. Joseph Kao, Professor of Physiology at the University of Maryland School of Medicine Center for Biomedical Engineering & Technology (BioMET), is looking into the use of optical photo-stimulation on those molecules that stimulate neurons in the brain’s visual cortex. Dr. Kao and his colleagues will synthesize a neurotransmitter molecule that can be activated by a flash of light. The team will then test the ability of a small, light-emitting device placed on the surface of the brain to activate caged neurotransmitters deeper in the visual cortex, thereby activating neurons and producing an image. Developing and validating a technology based on photo-releasable neurotransmitters could enable a less invasive approach for vision prosthetics.

Here we have three teams all working on separate areas of the same project to reach the goal of restoring vision to those with optic nerve and retina damage. “This grant from the Department of Defense will allow us to pursue a very promising strategy to restore some vision to patients with a wide variety of blinding conditions, including glaucoma and traumatic injury to the optic nerves and eyes,” said Dr. Rizzo. You could say, they are going where no one has gone before.